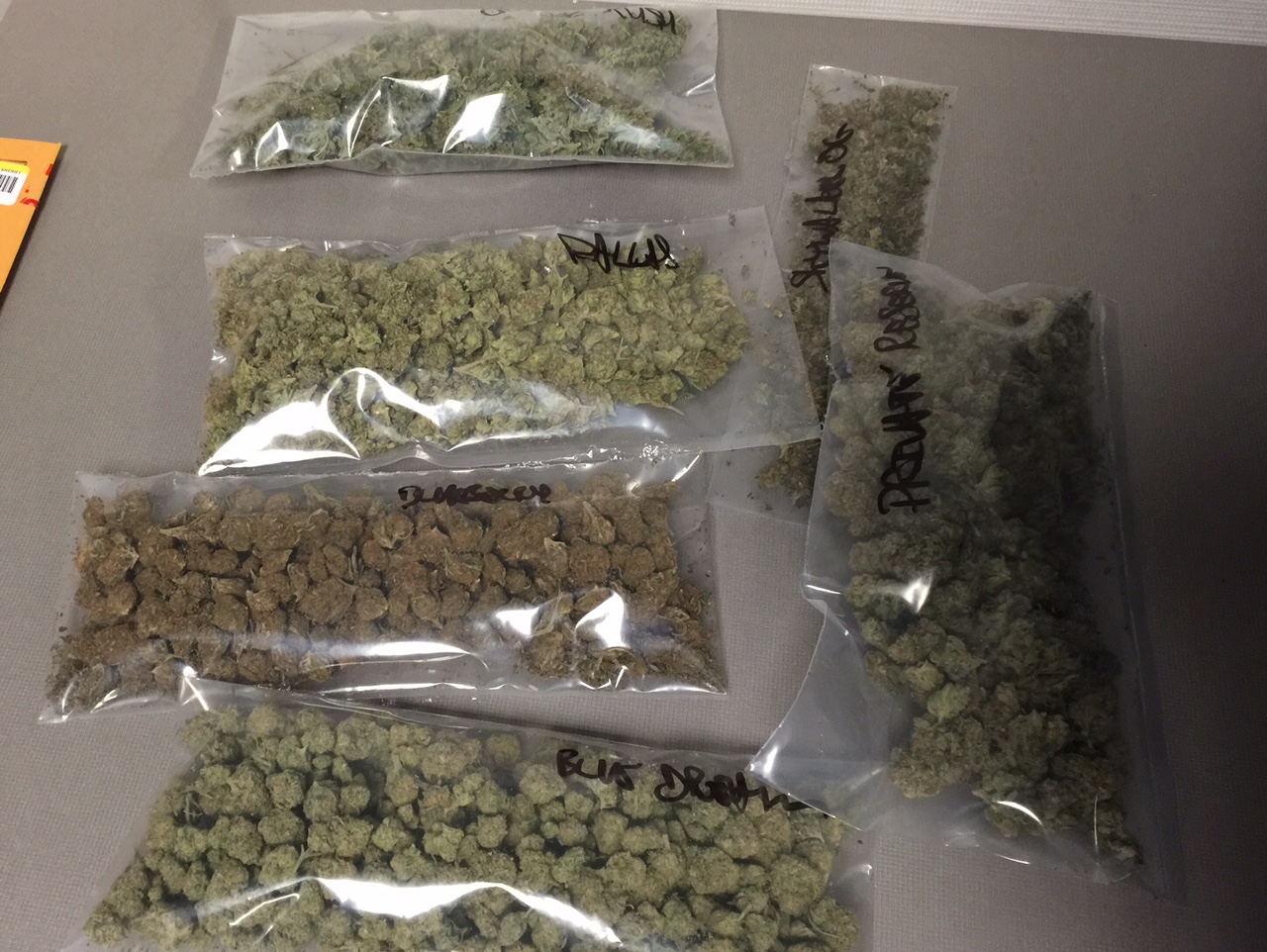 HESPERIA-(VVNG.com): On Sunday, June 7th just after 11:34 a.m, dispatch received the report of a commercial burglary in progress in the 14800 block of Bear Valley Road in Hesperia. San Bernardino County Sheriff’s Deputies from the Hesperia Station arrived on scene making contact with two suspects later identified as

Christopher Haggins, 35 from Adelanto and Joseph Trylch, 24 from Hesperia inside the building.

The two stated that they were employees and when they realized they lost their key they were instructed by the business owner to get a locksmith to let them in.

While speaking with the two suspects, deputies smelled a strong odor of marijuana coming from inside of the building.

A search warrant was issued and with the help of the Hesperia Gang Team they located a back room where the business had a marijuana dispensary, where “Mary’s Garden” was being run. Deputies recovered medical marijuana business fliers, cannabis oil, marijuana edibles, over a pound of marijuana in other forms, cash, scales and other paraphernalia consistent with sales.

This is an ongoing investigation and one suspect is still outstanding. Suspects Haggins and Trylch were arrested and booked at HDDC on charges of marijuana for sale. The Hesperia Station would like to thank their  citizens for reporting suspicious activity when they see it and ultimately helping them to put these criminals in jail.