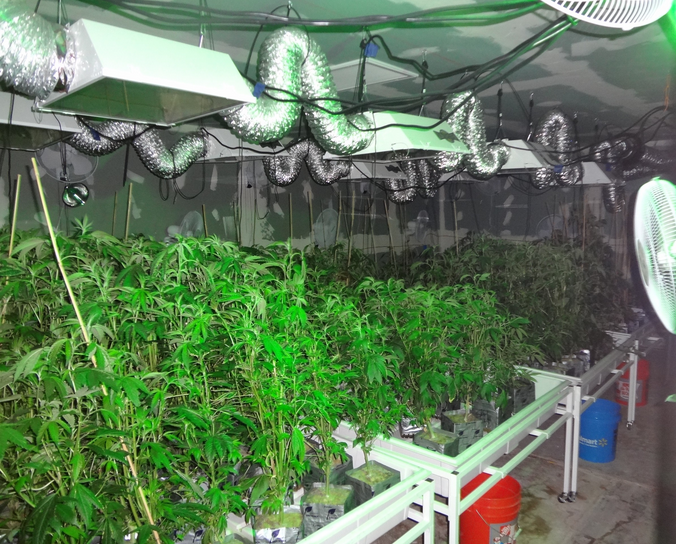 The commercial building had modifications made to the interior of the building to facilitate the marijuana  cultivation. Investigators seized marijuana plants in various stages of growth including processed marijuana. The

growing set up included lighting, fans, air conditioning units and a filtration system. Aja Shaw, a 35-year-old Apple Valley resident was identified as a suspect. Shaw was arrested without incident, transported and booked into the High Desert Detention Center for Cultivation of Marijuana and the sales of Marijuana. He is being held on $50,000 bail.

Victorville Code Enforcement also responded and determined that the location was unsafe for occupancy due to the conditions discovered inside.

The substantial construction, electrical wiring, plumbing and ventilation were added without inspection or permits. The city of Victorville has an ordinance banning medical marijuana dispensaries, to include all locations that dispense, provide, distribute, cultivate and process marijuana.