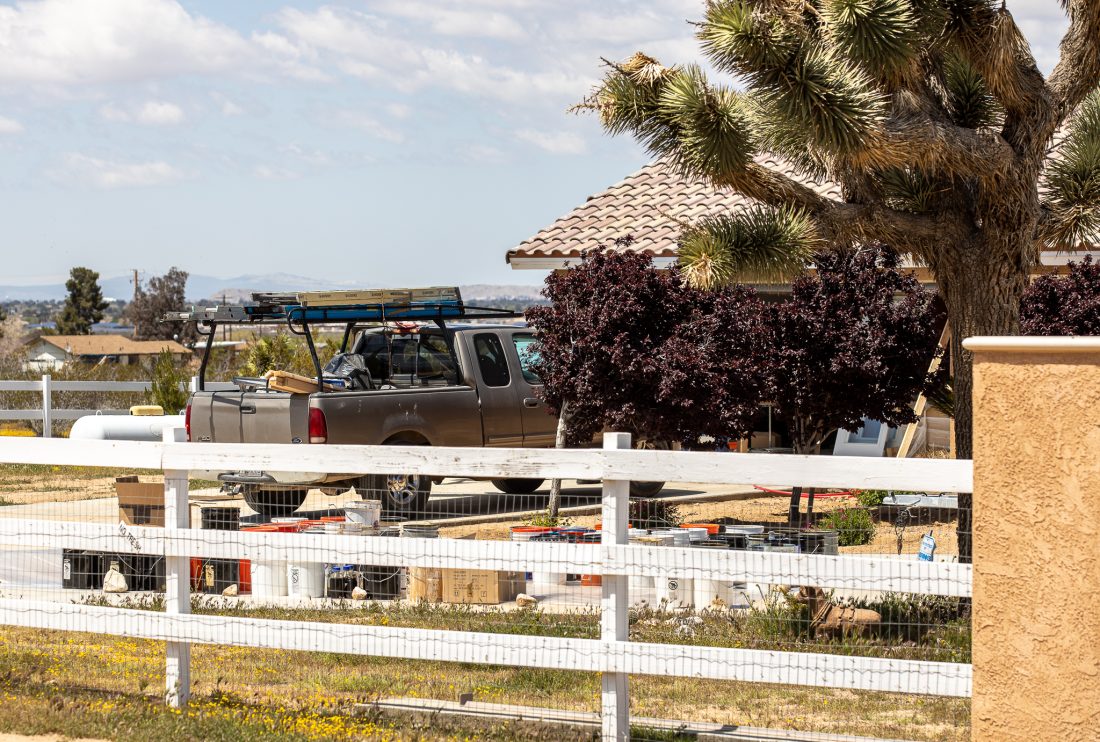 APPLE VALLEY, Calif. (VVNG.com) — Smoke from an oven fire led authorities to the discovery of an illegal honey oil lab in Apple Valley.

At approximately 6:49 am, on Tuesday, April 21, 2020, firefighters from the Apple Valley Fire Protection District responded to a structure fire in the 22900 block of Via Seco Street.

When fire officials arrived they determined the fire was in a large detached garage and smoke was still visible.

“They contacted a man at the home and he refused to let them inside so they called for deputies to assist,” stated Sheriff’s Spokeswoman Cindy Bachman. “Deputies arrived and together they entered to determine if the fire was safely extinguished.”

Deputies found what appeared to be narcotics activity and contacted the Sheriff’s Department – Marijuana Enforcement Team.

Bachman said detectives from the team obtained a warrant and found the fire was limited to an oven in the garage.

Evidence at the scene indicated the suspect, identified as 60-year-old Thomas Wesley, was manufacturing/refining honey oil.

Bachman said Wesley would be arrested and booked for H&S 11379.6.

Hash oil, also known as honey oil or cannabis oil, is an oleoresin obtained by the extraction of cannabis or hashish. It is a cannabis concentrate containing many of its resins and terpenes – in particular, tetrahydrocannabinol, cannabidiol, and other cannabinoids.