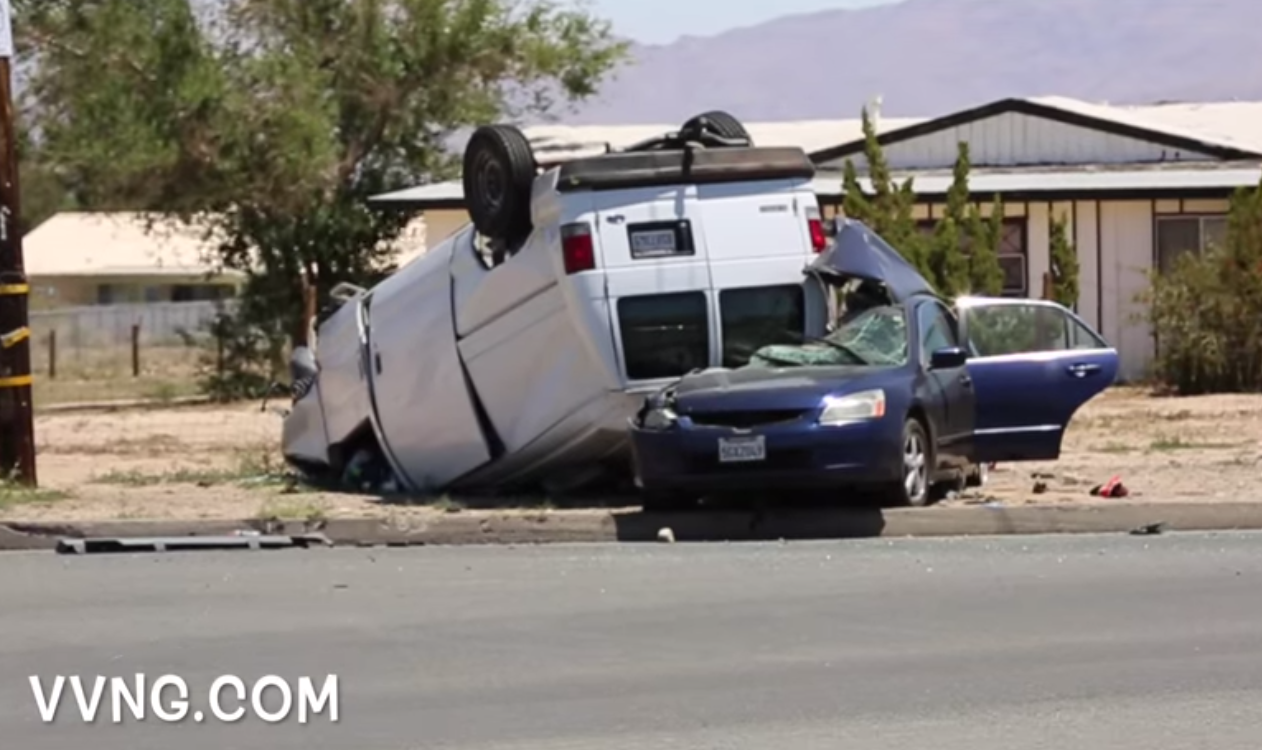 HESPERIA: (VVNG) – On May 11, 2014 at about 6:56 AM there was a traffic collision involving two vehicles at the intersection of Main Street and Balsam in the city of Hesperia. Investigators with the Hesperia Station Major Accident Investigation Team (MAIT) continue to investigate Sunday morning’s fatal traffic collision.

At this time investigators have been able to establish that 30-year-old Joshua Smith, a resident of Hesperia was driving his 2003 Ford, ¾ Ton van eastbound on Main St., while delivering flowers on Mother’s Day.

When for reasons still under investigation, Smith’s vehicle left the roadway colliding with vehicle #2 a Honda, resulting in fatal injuries to all of the occupants of that vehicle.

At this time, Investigators do not believe speed to have been a contributing factor in the collision, however investigators will attempt to obtain vehicle computer data if possible to help reconstruct vehicle conditions prior to and at the time of the collision.

At this time in the investigation, no criminal charges have been filed against Smith and he continues to cooperate with investigators. Investigators have not been able to rule out that Smith had suffered a medical emergency himself just before the collision, causing him to lose control of his vehicle.

If during the course of the investigation evidence is recovered to indicate Smith was operating his vehicle negligently or under the influence, the case will immediately be brought before the District Attorney’s Office for review.

The family is accepting donations to help with the financial burden of burying all five family members. A memorial account at Wells Fargo has been established for those able to help.

Please make your donation at any Wells Fargo bank to the account # 3680790676 and reference Angelica Garcia-Garcia Memorial Fund.