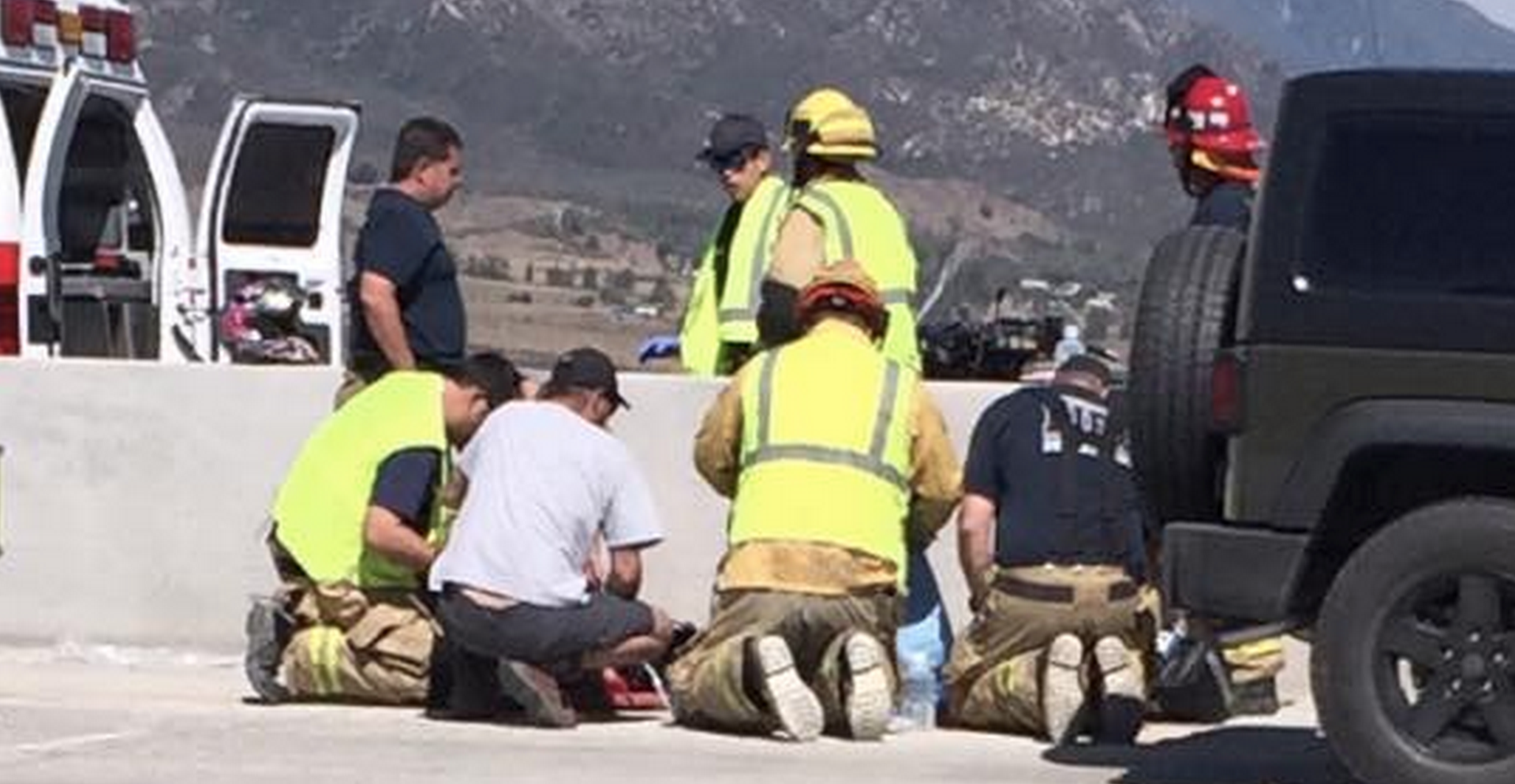 CAJON PASS-(VVNG.com): A motorcycle rider is recovering from major injuries after a traffic collision on the I-15 south, just before Glen Helen Parkway.

The female motorcyclist hit a vehicle, causing her to slide over 50 feet landing near the center divider of the freeway on

The woman, described as wearing shorts and a tank top was heavily bleeding and according to CHP reports was suffering from major injuries.

“She was alert she jumped up right away took her helmet off and was worried about getting her bike,” said witness, Courtni Nicole Goff.

The force of the collision, caused the woman to fall from her motorcycle and slide several feet causing major road rash and major skin lacerations. The motorcycle, described as a white street bike with paper plates rolled a few times hitting a second vehicle.

Both involved vehicles stopped at the scene of the collision.

The injured woman, had obvious road rash, skin lacerations and complained of neck and back pain. She was transported by ground ambulance to the hospital for treatment of her injuries.

There were no other injuries reported as a result of this incident.