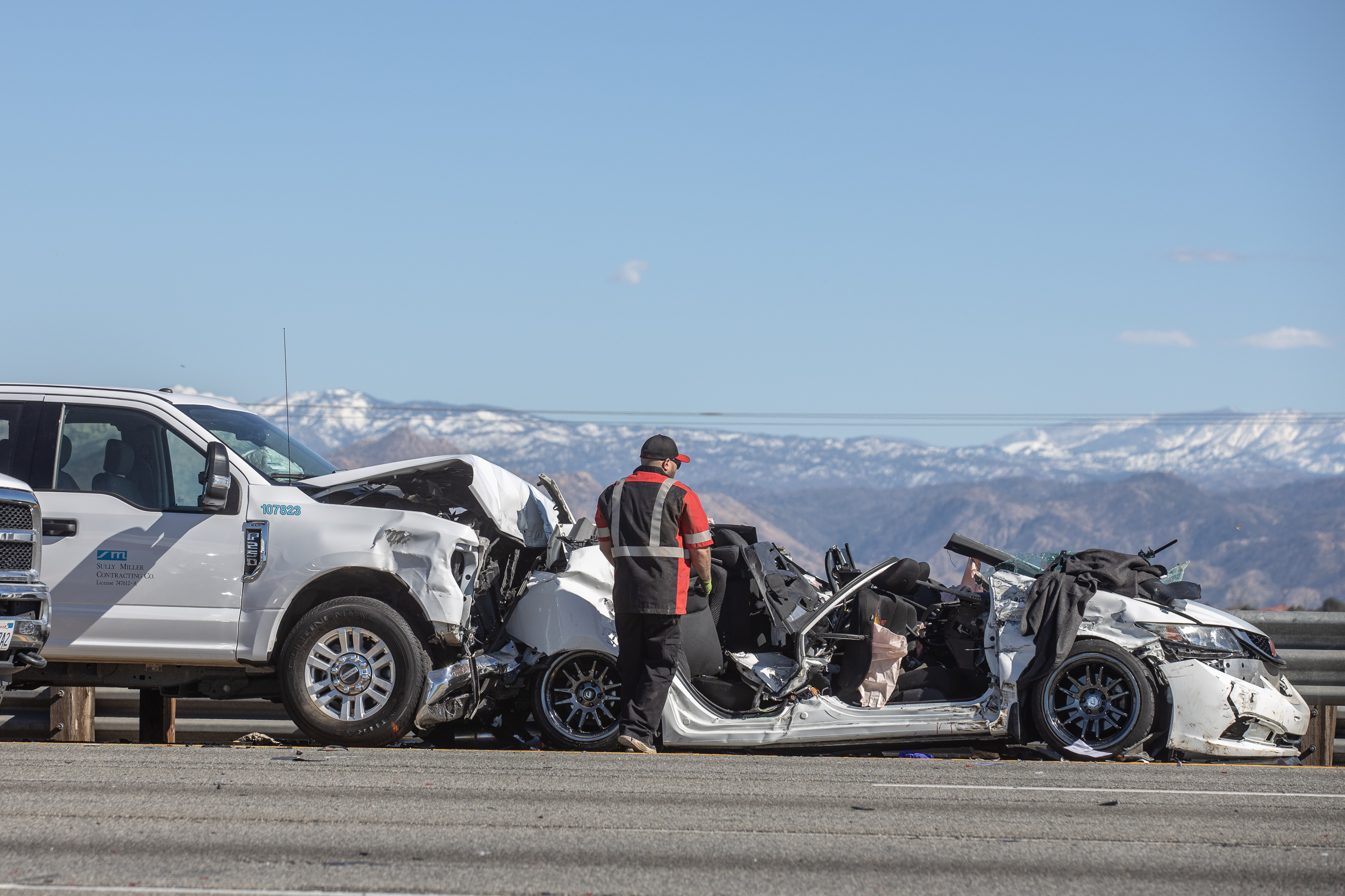 HESPERIA, Calif. (VVNG.com) — Interstate 15 reopened after it was shut down for three medical helicopters to land on the freeway following a multi-vehicle crash on Saturday.

San Bernardino County Firefighters responded to the scene and located three pick up trucks with major damage and a white sedan wedged between two of the trucks. The fifth vehicle, a red Toyota Camry was also stopped nearby.

Three occupants inside a mangled white sedan were trapped and required extrication. Firefighters used the jaws of life and cut the roof off from the vehicle. Due to their injuries, firefighters requested three air ambulances to land at the scene.

CHP shutdown the SB I-15 freeway for approximately one hour as first responders treated the patients.

One of the involved vehicles was able to exit the freeway and waited for CHP officers at a nearby gas station.

According to the California Highway Patrol incident logs, a total of six vehicles were involved and four people injured in the crash were transported.

The official cause of the crash remains under investigation by the Victorville CHP Station.

Units cleared the scene and all lanes were reopened at 4:09 pm, per the CHP logs.