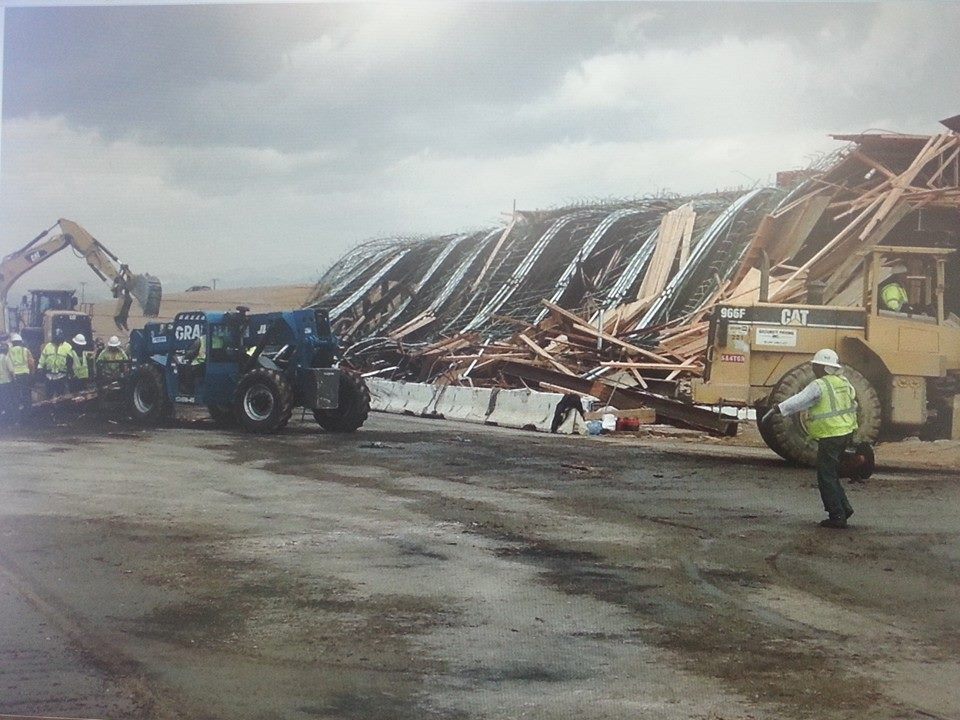 UPDATE: According to CHP, the northbound lanes are expected to reopen today around 6:00 P.M, and southbound as early as tomorrow morning with no guarantee. Motorists should expect significant delays and are urged to avoid the area if possible. A VVNG reporter is on scene awaiting a news conference.

Be sure to join our live newsgroup with over 35,000 members for up to the minute news www.facebook.com/groups/victorvalleynews and like our FB Page with over 29k “Likes” for all updates>> VVN FB

At 1:30 this afternoon, San Bernardino County Fire Department responded to multiple reports of a fire
at the construction site of the Ranchero Road overcrossing and Interstate 15 in the City of Hesperia.
Callers stated that flames were visible on the underside of the bridge in center divider area.

First arriving units discovered a well-established fire that carried across the entire bridge project which
spans the interstate. They also noted debris falling onto the freeway and immediately requested a full
closure of the north and southbound lanes for commuter safety.

Suppression efforts were hampered at many points during the extended attack. Falling debris and
ongoing collapses prevented crews from fighting the fire from beneath the structure. Once personnel
pulled back out of the collapse zone, constant winds of 25 mph with 35 mph gusts kept hose streams from
penetrating deep into the bridge and to the seat of the fire. These same winds contributed to the quick
spread as flames were pushed through the construction area much like a wildland environment. Being
on the interstate, access to fire hydrants was reduced, therefore a number of water tenders were brought
to scene to support the large volume of water being utilized to combat the blaze.

In all, 11 engines, one truck company, one patrol, six water tenders, and one hand crew totaling over 60
personnel were assigned to the incident as well as multiple chief officers. An additional strike team of
engines was deployed to the High Desert to backfill committed resources and provide uninterrupted
service for additional 911 responses which included a structure fire in the City of Hesperia.

Cause of the fire was determined to be from a rebar cutting operation in which blowtorches carried fire
into the falsework of the bridge thus igniting the fire. Workers reported that initial extinguishment
efforts were unsuccessful due to the high wind.

There was a single reported injury to a civilian who suffered minor smoke inhalation and was treated
and released at the scene.

operations include the complete demolition of the bridge with ongoing fire suppression efforts as
engineers bring down sections of the project. Duration of this task ranges from 24 to 48 hours.

San Bernardino County Fire reminds motorists to safely slow down, pull to the right, and stop whenever
they see emergency vehicles approaching.

Be sure to join our live newsgroup for up to the minute news on local traffic, weather and more… www.facebook.com/groups/victorvalleynews and like our FB Page for updates>> VVN FB 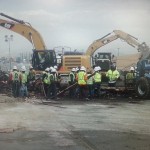 Photo by Angela Smith via VVNG 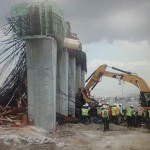 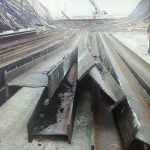