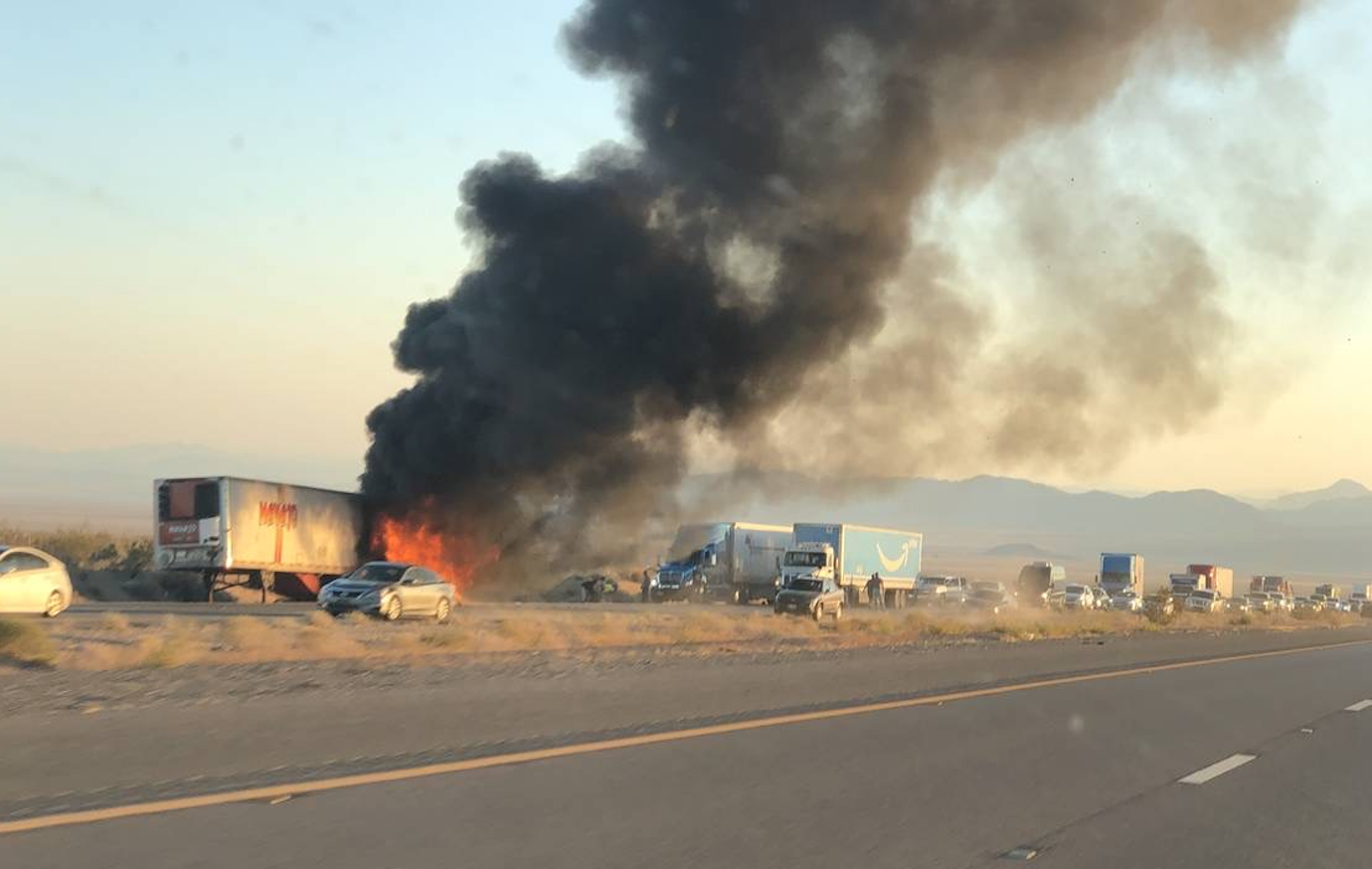 BAKER, Calif. (VVNG.com) — CHP officials are still investigating a triple-fatal crash that killed a 12, 15, and 18-year-old that were passengers in a mini-van on the I-15 freeway Saturday night in Baker.

California Highway Patrol officials said the driver of a minivan, a 32- year-old woman from San Francisco, was driving at a high rate of speed when she crashed into the back of a 2019 Kenworth 3-Axle tractor truck and trailer combination that was traveling 25 mile-per-hour in the #3 lane.

After the initial impact, the Chrysler mini-van became wedged underneath the semi and caught fire.

The driver of the mini-van was able to exit her vehicle, and with the assistance of the semi driver, they pulled a 12-year-old male from the wreckage, who was later pronounced deceased.

Additionally, three other passengers from the minivan escaped before it became fully involved in flames; a 35-year-old female from San Francisco, a 16-year-old female, and a 9-year-old male.

After the flames were extinguished by fire personnel, two female passengers, ages 15 and 18, were found deceased inside the mini-van.

The driver of the van and its passengers were flown by helicopter to Las Vegas University Medical Center for moderate to serious injuries.

The driver of the semi, a 61-year-old male from Homer, Louisana, was uninjured.

The incident prompted officials to shut down the NB I-15 for several hours, including extended closure of the no. 1 and 3 lanes. Traffic traveling through the area was delayed for several hours.

CHP officials said they are still investigating the crash and have not determined if drugs/ and or alcohol were a contributing factor in this collision.

Anyone with information is asked to call the California Highway Patrol Barstow Office at (760)255-5900.

Related Topics:Bakerfatal crash
Up Next