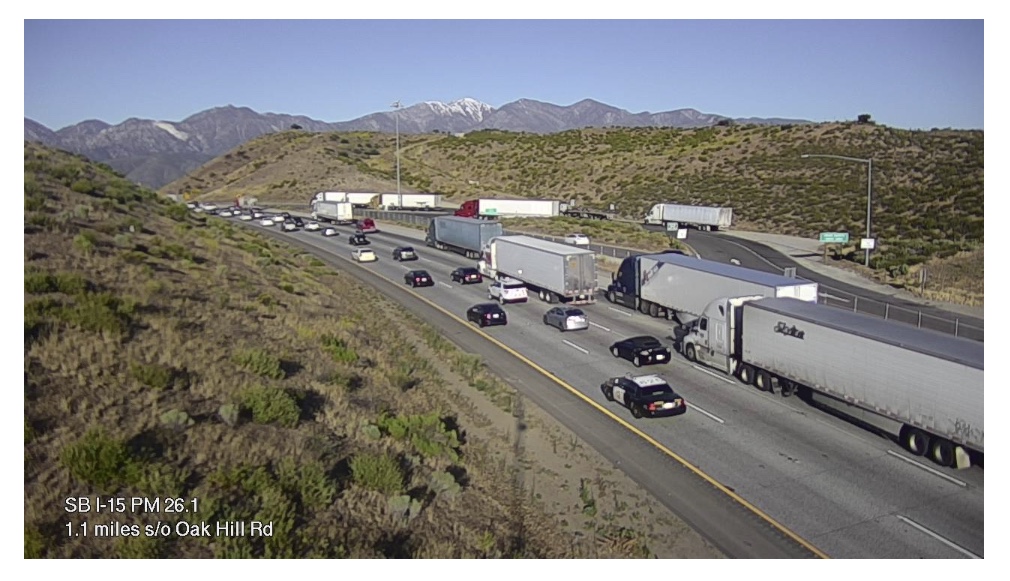 CAJON PASS, Calif. (VVNG.com) — A series of accidents throughout the morning along the I-15 corridor have caused residual traffic for the Tuesday morning commute.

At 3:18 am, a crash involving a semi and a vehicle was reported on the SB I-15, south of Ranchero Road. According to CHP incident logs, debris was across lanes and all vehicles were on the right shoulder. CHP ran a break at Main Street causing all lanes to temporarily shut down.

At 6:41 am a two-vehicle traffic accident was reported on the SB I-15, north of the escape ramp. No injuries were reported in the incident. The crash was blocking the No. 1 lane.

At 6:55 am, a hit and run crash with no injuries was reported on the SB I-15, south of Cleghorn Road.

As of 7:20 am, down the hill traffic is a bit slow but moving along. We’ve received reports that Highway 138 through Hesperia is backed up.