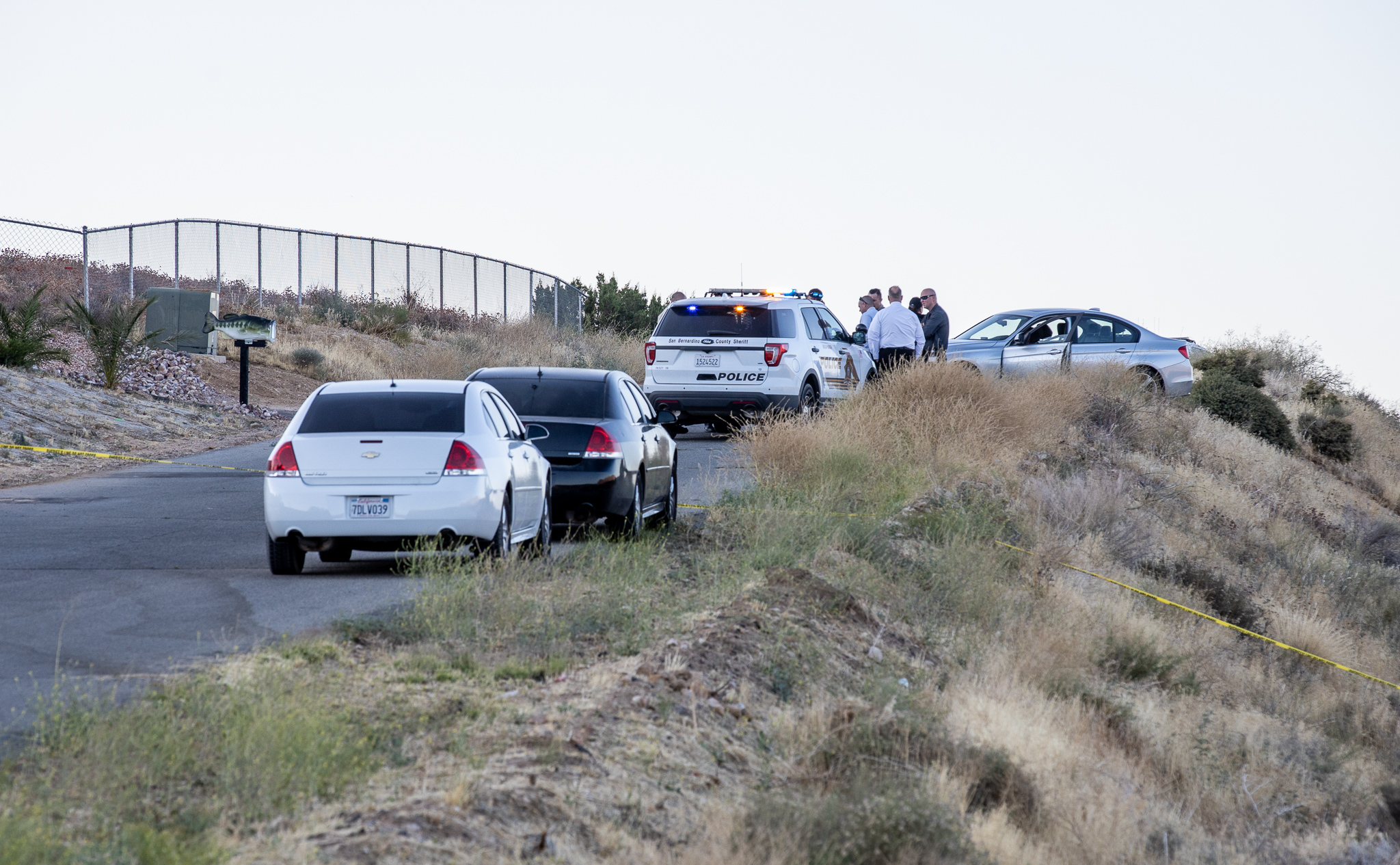 HESPERIA, Calif. (VVNG.com) — Authorities said a man shot and killed his wife before turning the gun on himself inside a vehicle across from Hesperia Lake Monday afternoon in Hesperia.

On Monday, July 8, 2019, at about 5:14 pm, deputies from the Hesperia Police Department responded to the report of a shooting inside a vehicle in the 7500 block of Arrowhead Lake Road.

Deputies arrived and found a 2014 silver BMW directly across from the driveway of a home. The vehicle was partially hanging over the side of a small hill and was occupied by Carlos and Sharla, husband and wife.

Detectives from the Specialized Investigations Division, Homicide Detail, responded to the scene to conduct the investigation.

According to a sheriff’s news release, “through investigation, detectives learned that the suspect and the victim had recently separated.  Detectives determined that Carlos Balderrama shot his wife and then turned the gun on himself.”

Officials said a handgun was located inside the vehicle.

No additional information is available for release.

The investigation is ongoing, and anyone with information is urged to contact the Specialized Investigations Division, Detective Eric Dyberg at (909) 387-3589. Callers can remain anonymous and contact WeTip at (800)78-CRIME or www.wetip.com.