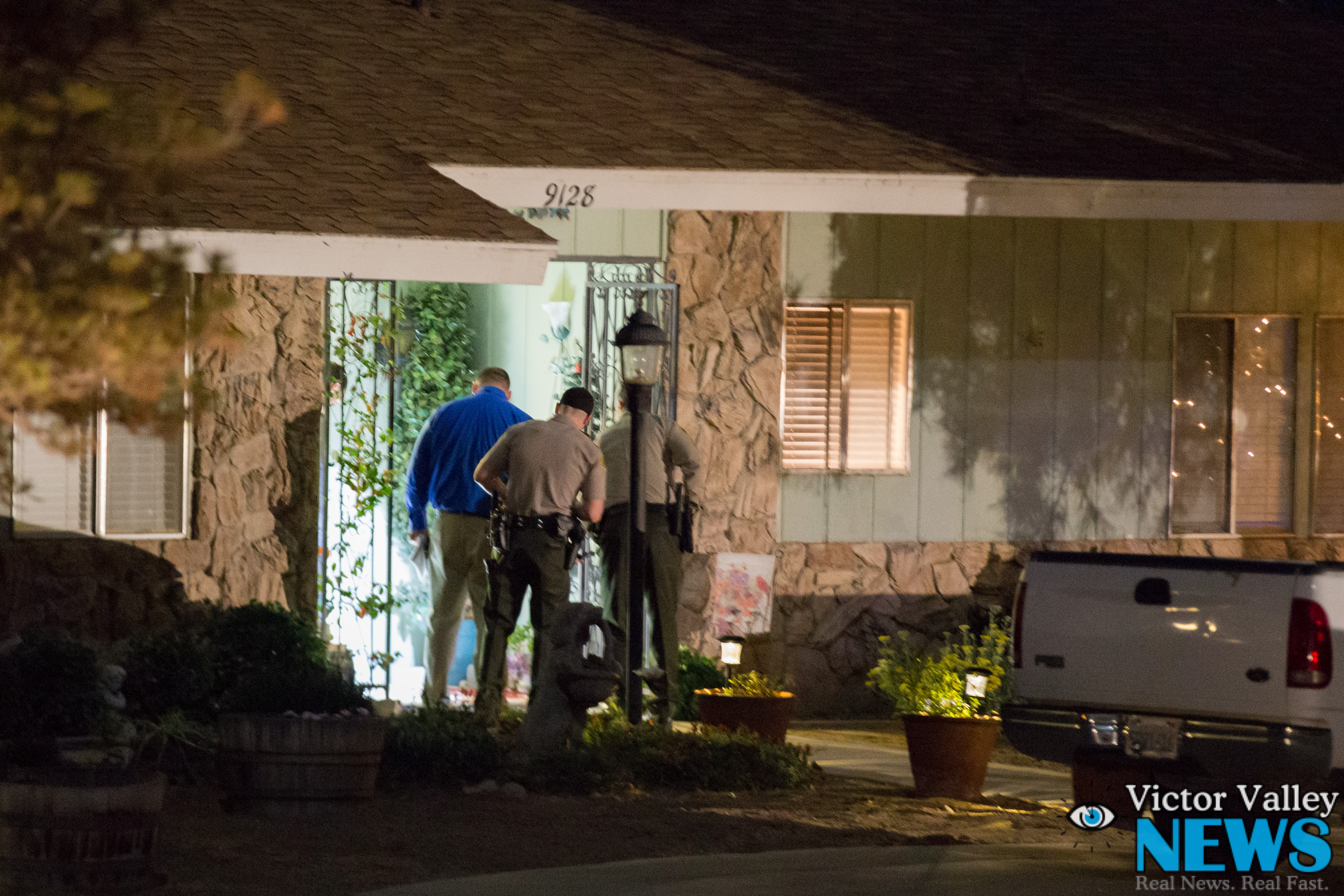 HESPERIA-(VVNG.com): One person is seriously injured and the second person is deceased after an attempted murder-suicide Wednesday night.

At around 8:56 p.m. deputies from the Hesperia Station and medical personnel were dispatched to a home on the 9100 block of Peach Avenue in Hesperia.

Per scanner traffic, the female victim called 911 and told them that she was shot several times by her husband, 82-year-old Raymond Hald. The woman disconnected and dispatchers were unable to reach her upon call back.

Upon arrival, emergency personnel located a woman down by the door of the home and a male down in the bathroom with a gun.

According to a family member, Patsy Lopez Shanen, the couple was elderly and were married for 50 years. The husband suffered from dementia and recently had a stroke. “He lost his short-term memory”, stated Patsy. “He was in a wheelchair and insisted he could drive so my aunt hid the keys from him.”

Patsy told Victor Valley News that her uncle passed away from a self-inflicted gunshot wound. Her aunt is in the hospital alive and is expected to recover.

The story is still developing, information will be updated as it is received.