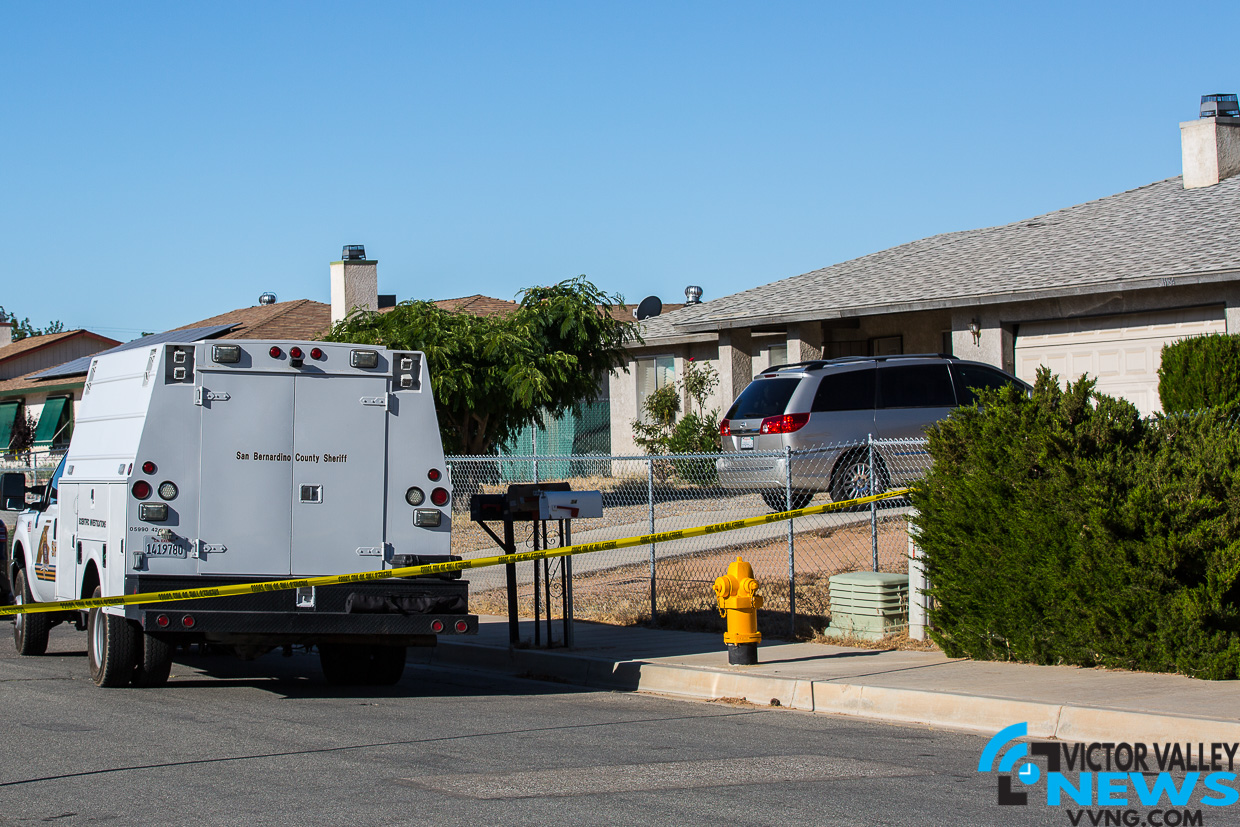 APPLE VALLEY, Calif. (VVNG.com) A man who called 911 Saturday night and said, “I shot and killed my wife,” has been arrested for murder.

When deputies arrived on scene they located an adult female suffering from a gunshot wound. Per scanner traffic, she was pronounced deceased at 10:16 p.m.

Authorities confirmed the couple’s four children were in the home when the shooting occurred, however, none of the children were harmed.

Deputies detained the victim’s husband and took protective custody of their four children ages 1, 4, 5, and 7.

The children were taken to the Apple Valley Sheriff’s station and they are now in the care of the San Bernardino County’s Children & Family Services.

Detectives from the Specialized Investigations Division arrived onscene and assumed the investigation.

After being interviewed by homicide detectives, the suspect was arrested and booked into the High Desert Detention Center for P.C. 187(a) Murder.

Sheriff’s officials did not release any information as to what led up to the murder.

The victim’s identity will be released pending notification of next of kin.

Anyone with information regarding this investigation is urged to contact Detective Jon Cahow or Sergeant John Gaffney, Homicide Detail (909) 387-3589. Callers wishing to remain anonymous are urged to call the We-Tip Hotline at 1-800-78CRIME (27463), or you may leave information on the We-Tip website at www.wetip.com.