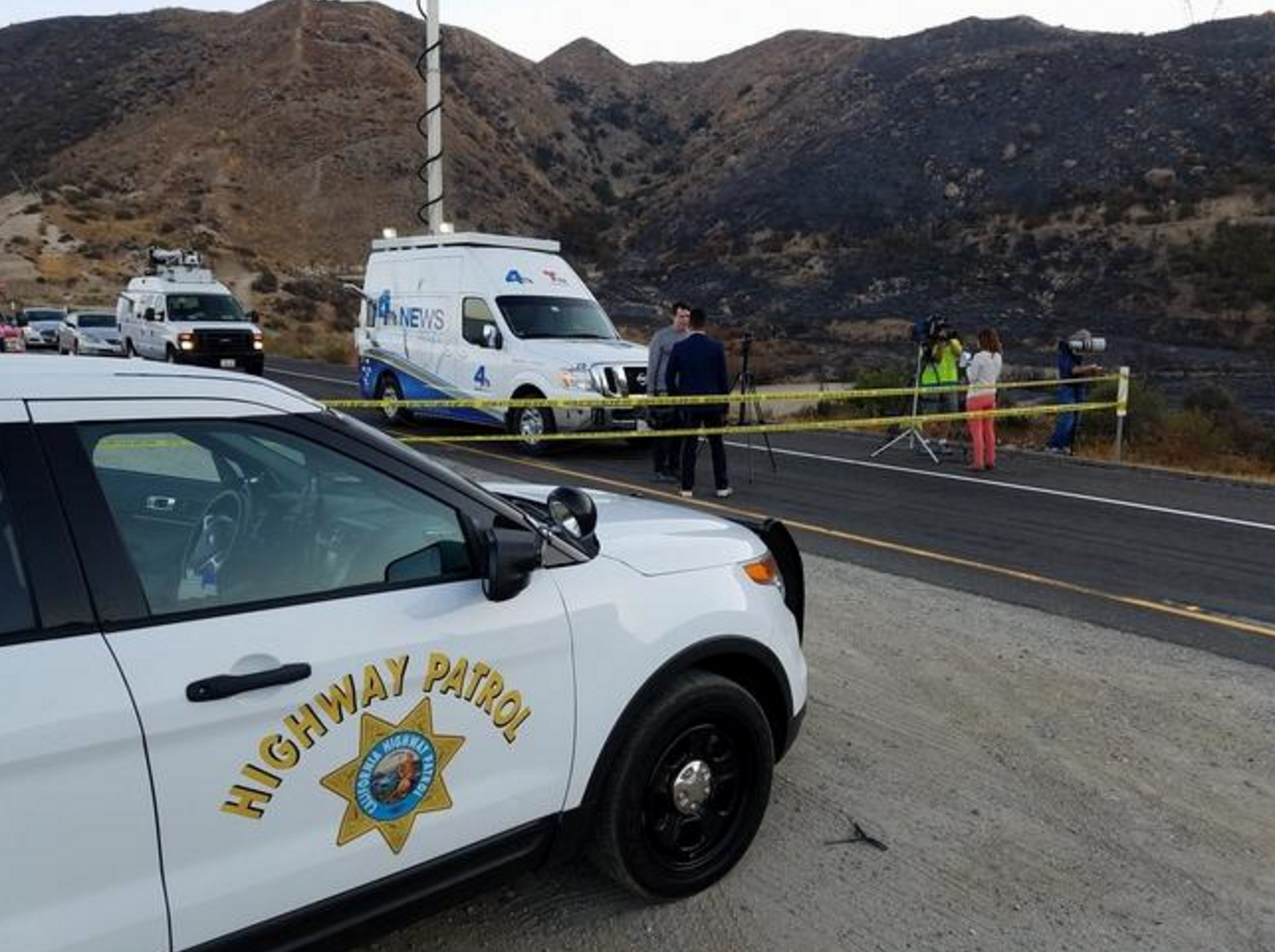 CAJON PASS, Calif:(VVNG.com)- The northbound I-15 freeway remains in gridlock traffic Friday morning due to a pursuit that ended in a deadly fiery crash.

Authorities say as deputies arrived a male suspect opened fire on an officer at the scene.

After the shooting, the suspect led deputies on a wild high-speed pursuit that spanned through multiple cities and several counties.

The suspect eventually jumped onto the northbound 15 freeway and attempted to exit at Cleghorn Road. That’s when the suspect lost control of his vehicle and went down an embankment. The vehicle erupted into flames killing the driver instantly.

Authorities are waiting for the coroners to remove and positively identify the man inside the scorched vehicle.

Following the fiery crash, CHP officials issued a hard road closure on the freeway while authorities investigated causing traffic to back up for many miles.

A few minutes ago, CalTrans tweeted that all lanes on the northbound 15 had re-opened and traffic is recovering. The northbound Cleghorn off-ramp remains closed.

The officer who was shot at is very lucky to be alive. Officials say, the bullet ricochet off the Huntington Beach officers badge ultimately saving his life. The officer was taken to the hospital where he was treated and later released.

“We work so hard for our badge you never imagine that it would one day save your life. Fortunately for that officer it did,” stated Steve Carapia with the California Highway Patrol.

HB officer survives gunfire. Saved by badge. After a pursuit thru Cajon Pass suspect dies in a fiery crash. pic.twitter.com/xvxjYJZNYE