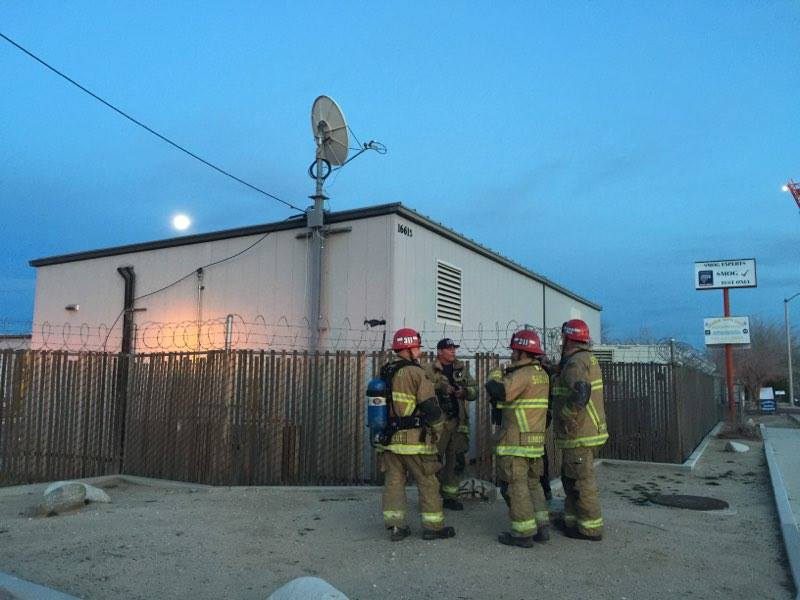 VICTORVILLE:(VVNG.com)- Firefighters were dispatched to a report of a commercial structure fire at the corner of Union and Sixth Streets in Victorville on Friday.

According to a reporting party, he saw heavy smoke coming from the power station building followed by a power outage.

When firefighters arrived they located discoloration to an exterior wall and they forced entry into the ATT communication station. After checking the interior, they did not locate an active fire, stated San Bernardino County Fire Captain Josh Sprague.

According to Southern California Edison, an estimated 485 homes and business were impacted by the outage. The outage knocked out power to many intersections and Victorville deputies assisted with traffic control along 7th Street.

No injuries were reported as a result of the call.

Please check back later for more information as it becomes available.