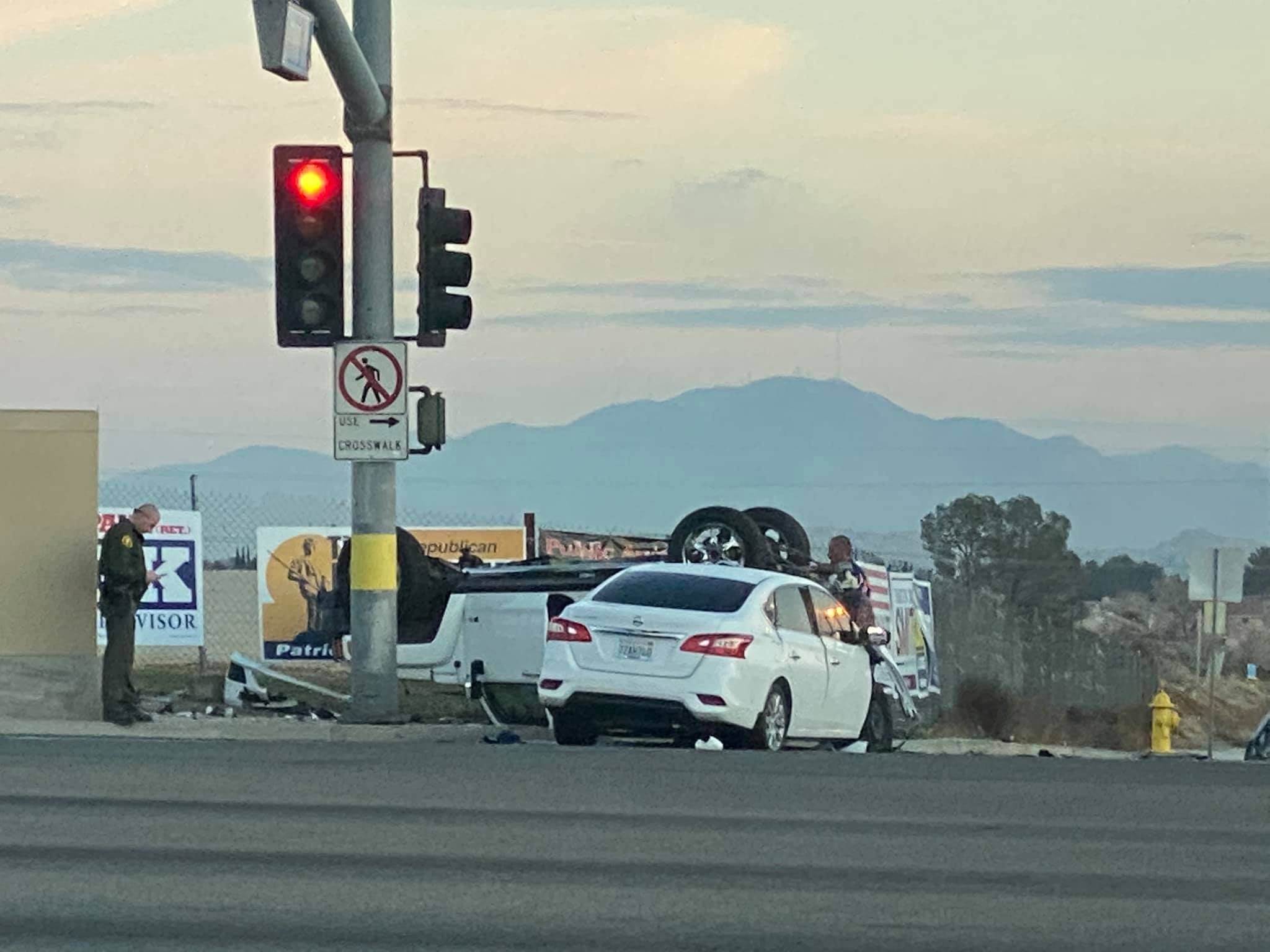 The crash was reported at 6:13 am on January 21, 2020, at the intersection of Bear Valley and Tamarisk Roads and involved a white Hummer H3 and a white Nissan Sentra.

When emergency personnel arrived they found the H3 on its roof and the Nissan with major front end damage.

Three people were reported to have sustained non life-threatening injuries.

The crash is being investigated by the Victorville Police Department. Anyone with information is asked to call 760-241-2911.