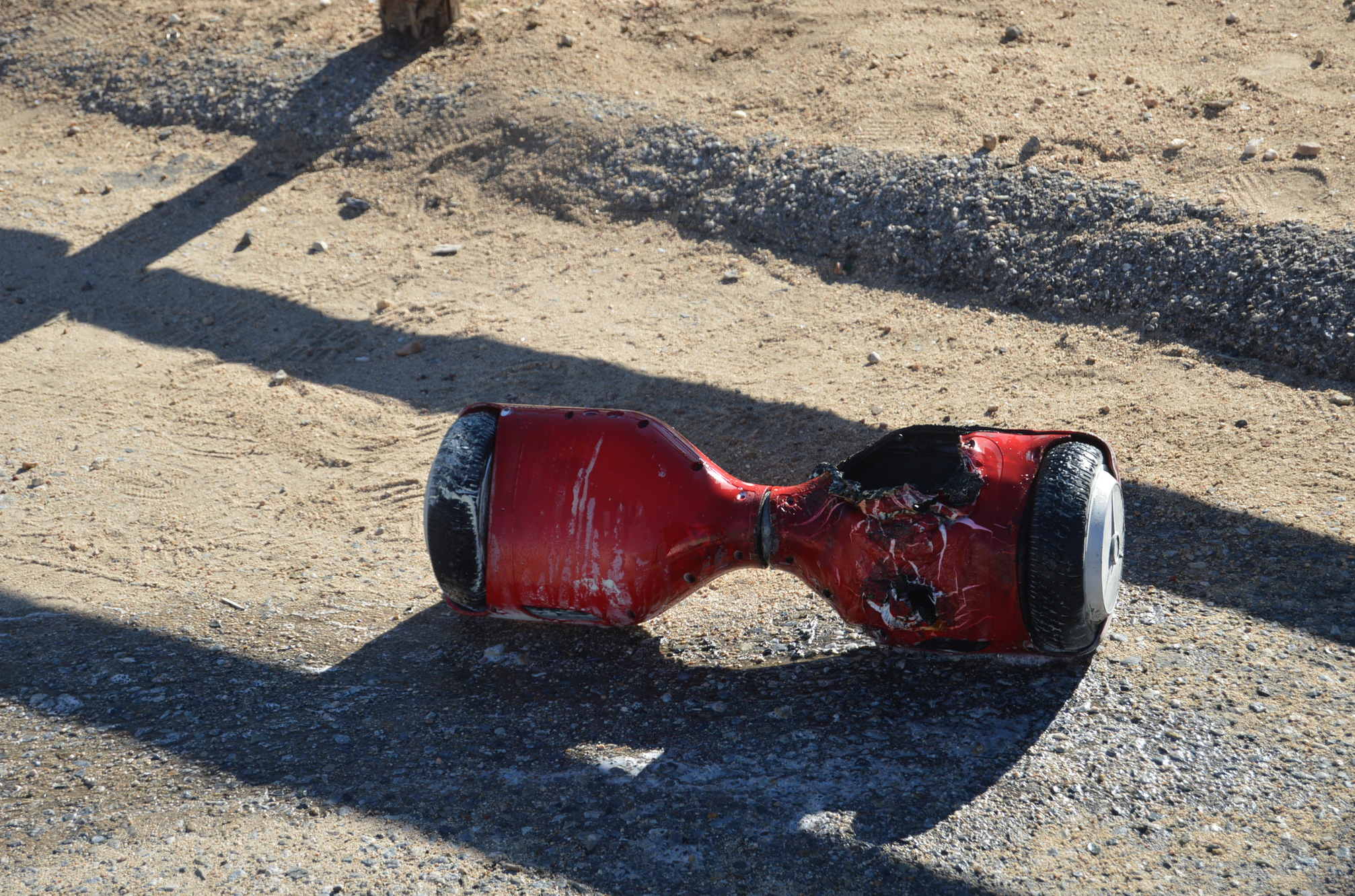 VICTORVILLE, CALIF (VVNG.com): Parents everywhere ran out and purchased this years must have Christmas present, a hoverboard. Unfortunately, many of them are getting an unwanted extra surprise. That’s because Hoverboards around the world have been spontaneously catching fire.

According to the San Bernardino County Sheriff’s deputies on scene, a female occupant made the call at about 11:35 a.m. after she noticed smoke inside her home. The occupants of the home searched for the source of the smoke and when they entered the bedroom they discovered that the heavy smoke was coming from a red hoverboard.

The occupants inside the residence were able to self evacuate and waited safely outside the home. Firefighters arrived within 2 minutes following the initial report, and upon arrival firefighters reported heavy white smoke showing from the upper floor of the apartment unit. Firefighters made their way up to the second floor apartment unit and when they entered the home, they located to partially burnt hoverboard in a bedroom.

One adult occupant was treated at the scene for minor smoke inhalation by Paramedics on scene. AMR arrived about 10 minutes later and the patient declined transport. No other injuries were reported, there was no damage to the structure as there was no extension from the actual board. No further information is available at this time, additional information will be provided as it is received.

Anyone who have bought one of the recalled hoverboards are urged to stop using it immediately and return it to the retailer.