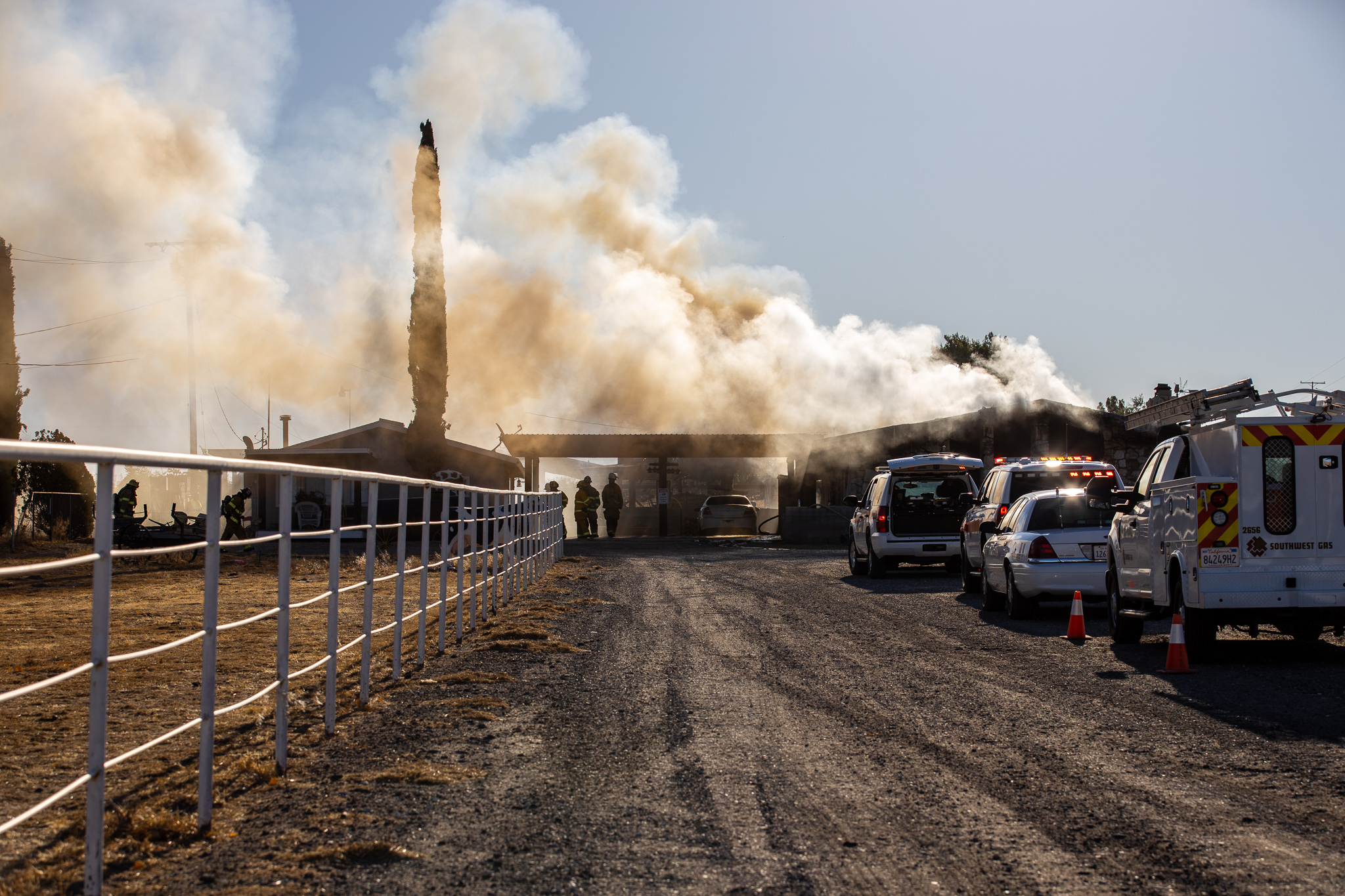 At 6:55 a.m., the San Bernardino County Sheriff’s Department and Apple Valley Fire responded the 20100 block of Wisconsin Street and found the home engulfed in heavy fire and smoke.

On August 30th, detectives responded to the home after an elderly was robbed for several hundred dollars and a gun, as previously reported by VVNG.

It’s believed that 37-year-old Phillip Williamson killed 35-year-old Brandi Jones in his home on the 19100 block of Yucca Street in Hesperia, then drove the body in a white Hyundai to the house on Wisconsin Street.

Later that night, on August 30th, deputies found the Hyundai nearby the home on Wisconsin Street with Jones’ body inside.

Officials said that Phillip Williamson knew both victims prior to August 30th, but did not confirm for how long, nor the relationship between the suspect and victims.

According to sources familiar with the situation, the suspect is believed to be targeting the home and searching for the elderly man’s son.

Williamson is still on the run and is considered by authorities to be armed and dangerous. Sheriff’s officials have not provided a possible motive for his crimes.

As of Monday morning, no injuries were reported in the fire.