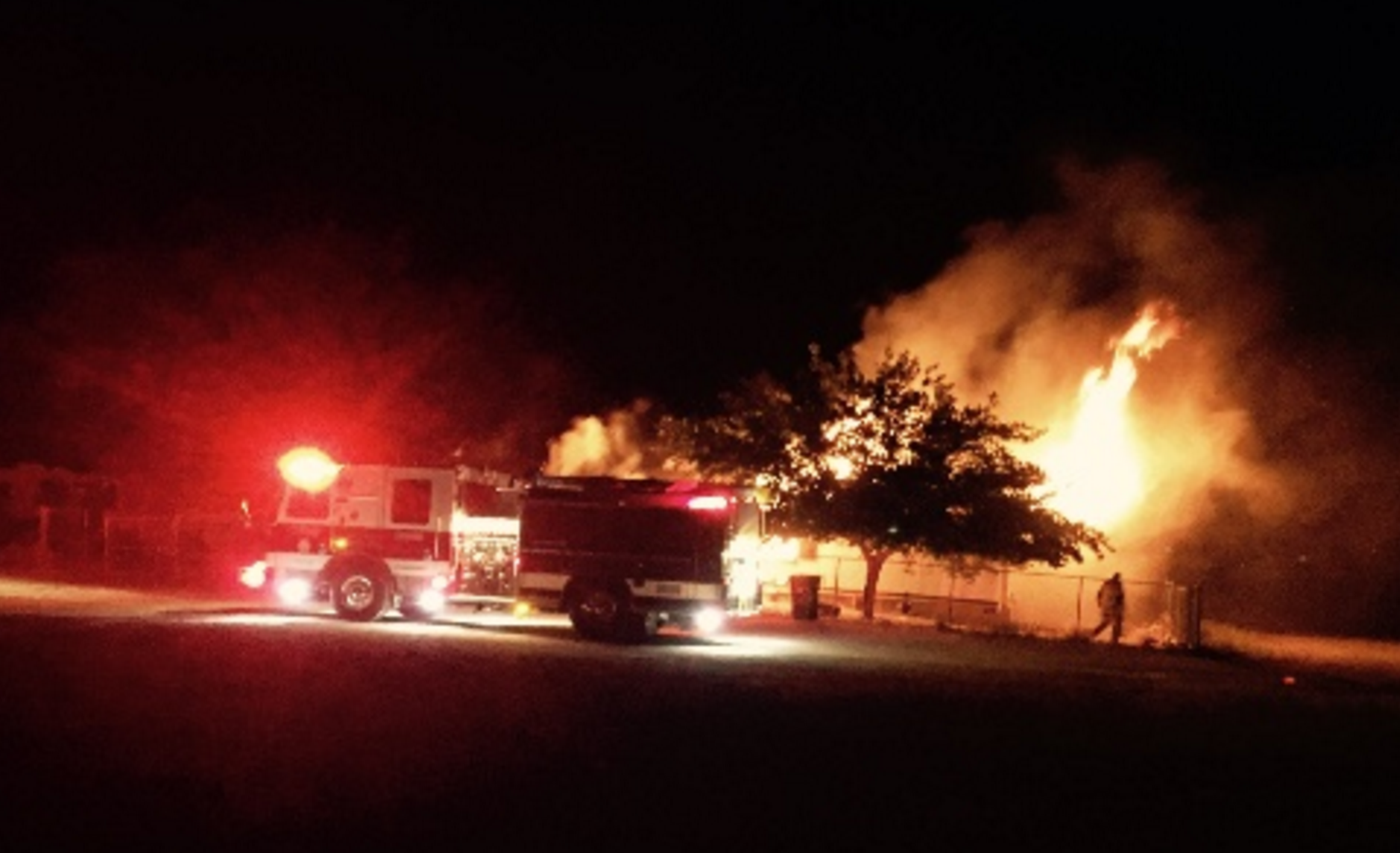 PHELAN-(VVNG.com):  A family of seven lost their home after a battery pack for an RC car caught fire early Sunday morning. At around 12:20 a.m. the San Bernardino County Fire Department responded to a residential structure fire on the 9300 block of Deer Haven Drive.

“My 7-year-old son and I were watching a movie in the living room,” said resident, Mandy Shoats. “I started to nod off and he woke me up to tell me the tv was smoking, I turned the tv off thinking it overheated [but] the smoke didn’t go away. Right after that, my husband came out of the master bedroom and said he smelled smoke so then looked toward the back part of the house and saw the fire in my step sons room.”

Shoats said her husband grabbed a large pan of water attempting to douse the growing fire. The fire was too big, so the family exited the home with their four dogs. Her husband Joe Shoats, trailed behind, the last to exit the home. Due to the heavy smoke and spreading fire, he had to crawl out of the home  wearing no shoes or shirt.

When firefighters arrived they located the well-involved mobile home. They immediately attempted to locate a water supply, which was not readily available. Additional firefighters responded to the scene shortly after with a water tender and went into attack mode. The fire was reported to be out at extinguished at around 1:40 a.m.

“We have 3 other children but luckily they were gone,” said Shoats. “My sister and her husband came up and took the kids to their house in Devore.”

Shoats said that her family is now temporarily staying with their neighbor in their two-bedrooms mobile home. The community has reached out to help collect clothing and other needs for the family, who is grateful for the outpouring of support.  “We kinda don’t have much room right now for many things, our family has bought us a few clothing items, toiletries, blankets, and pillows,” added Shoats.

The family was unable to retrieve anything from the home except the clothes they were wearing and Mandy Shoats was able to grab her purse. If anyone would like to help this family, who has been known to help the community in numerous ways they can donate to their Go Fund Me account.

The family is also able to receive donations to PayPal account mandyshoats@yahoo.com or sent it to 4208 Phelan Road Phelan Ca. 92371.