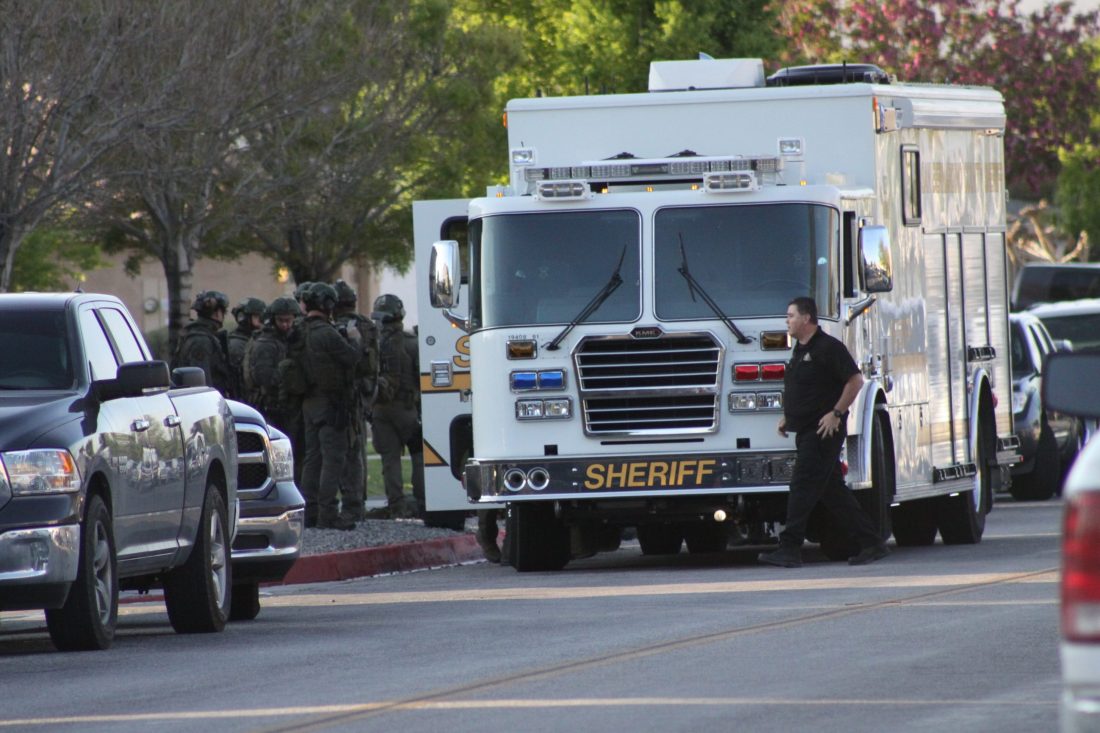 At about 3:46 am on April 21, 2020, deputies from the Victor Valley Sheriff’s Station responded to the 27500 block of Lake View Drive inside the Fairway Courts condos.

Sheriff’s Spokeswoman Cindy Bachman told VVNG the call came in as some kind of disturbance or fight, maybe between roommates.

According to unconfirmed reports, neighbors heard an argument coming from the residence followed by what sounded like a single shot fired.

Sheriff’s deputies responded and immediately blocked-off the area with crime scene tape as a helicopter circled overhead. Commands were given over the PA for a “Chris” to exit the condo.

The SWAT team was called in along with an armored vehicle, roof-top snipers, and a large incident command bus.

At about 8:40 am, the SWAT team entered the condo and brought a male in handcuffs and the rest of the home was cleared.

Bachman confirmed police detained two males that were in the house and would be working on sorting out the details as to what occurred.

Related Topics:crimeHelendalesilver lakes
Up Next