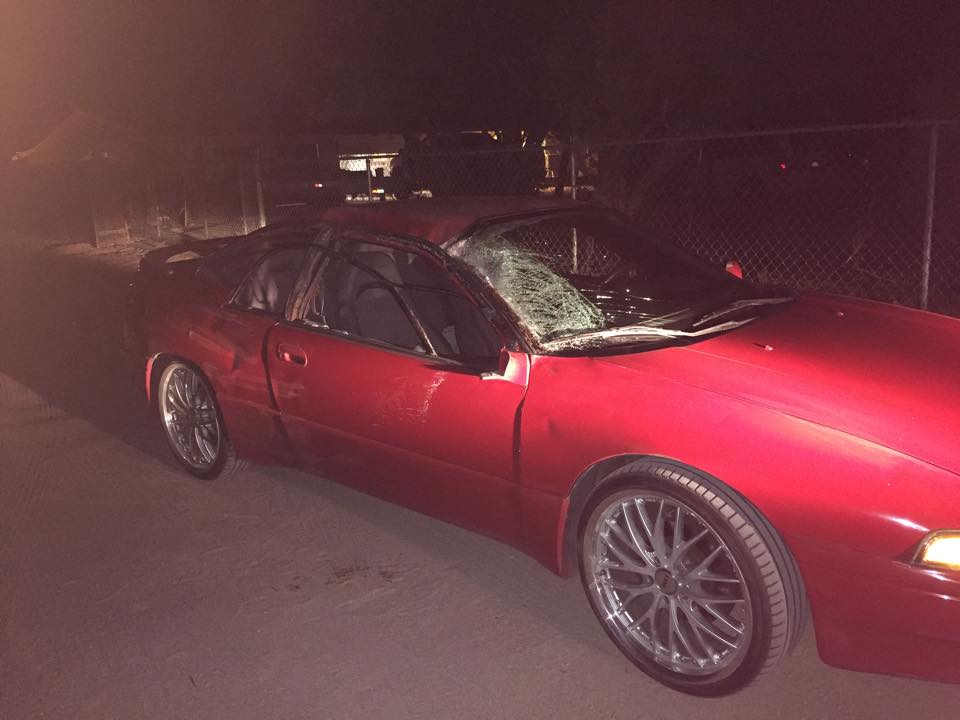 APPLE VALLEY – (VVNG.com)- At approximately 9:16 p.m. on November 7th dispatch received a call that a vehicle had hit a horse on Ocotillo Way and Deep Creek Road .

The vehicle stopped at the scene, occupants uninjured and the horse injured on the side of the road. The vehicle was still drivable, but sustained moderate damage. “It ran out into me head on at 55 mph.” said David DePasquale.

The owner of the horse rushed to the scene where they arrived to find the horse that had sustained leg injuries and was bleeding profusely.

“His whole chest was ripped open and his hoof was pretty much off his poor little body, my heart was crushed poor thing,” said Mindy Fisher a passenger in the vehicle. Animal control was called to the scene and the horse was put down at the scene due to the severity of the injuries sustained. “It was very devastating. I was there we feel terrible for the horse as well it was very sad, ” added Fisher.

The circumstances leading as to why the horse escaped and was running loose are unknown. More information will be updated as it becomes available.