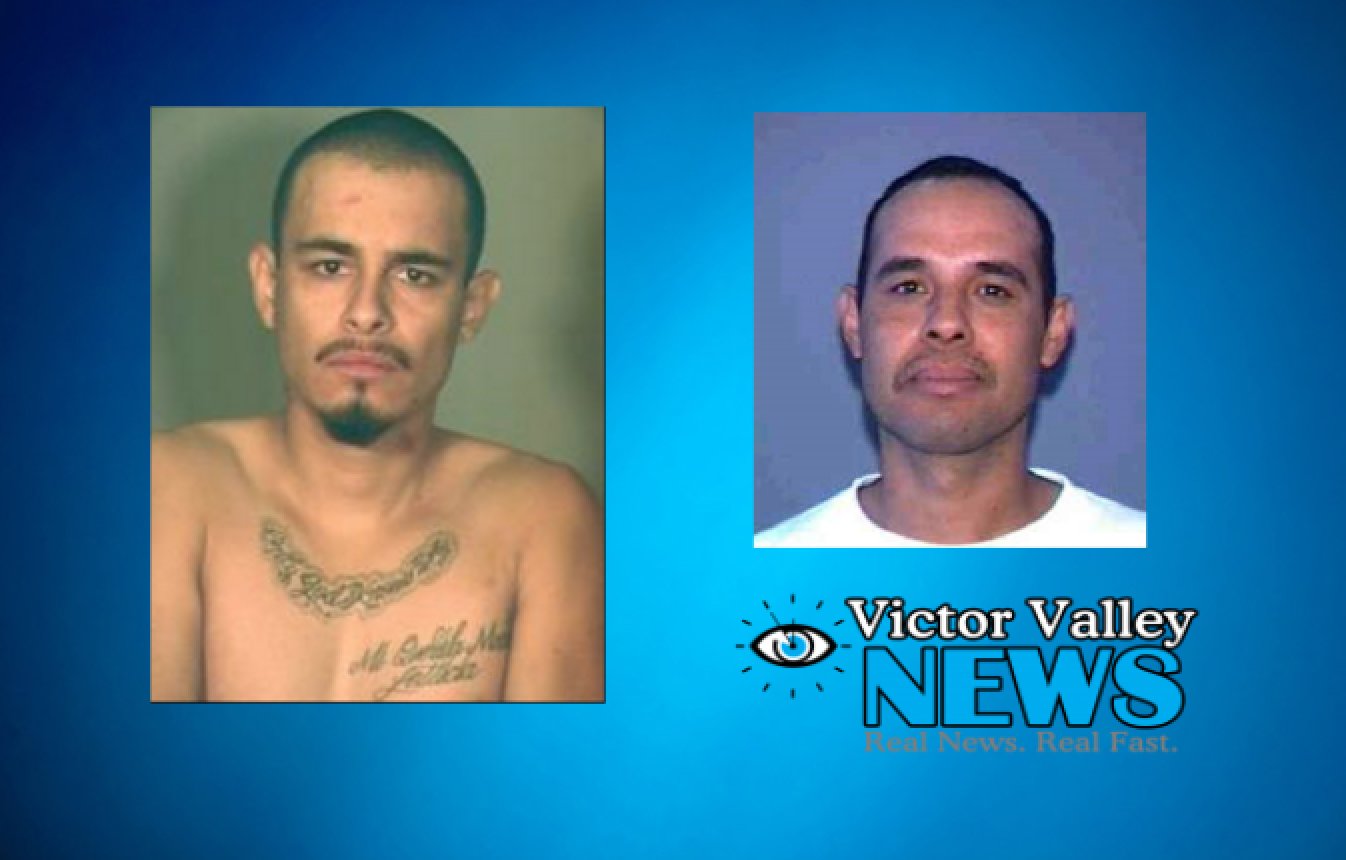 HESPERIA-(VVNG.com):  Two suspects have been arrested while the search for two others continues in an alleged assaualt and robbery.  On Saturday, April 2, 2016, at around 12:34 p.m. Hesperia station deputies were dispatched to a robbery and assault where the two victims were beaten with a gun.

When deputies arrived on scene they located the two injured victims. Through investigation, they identified 28-year-old Samuel Alcantar Jr.and 30-year-old Juan Alcantar as the assailants.

He made a deal trading another horse for the first one and the victim took the trade. The victim spent around $2,000 caring for the horses and getting them shots. He returned again demanding the second horse back. The victim refused his demand causing Samuel Sr. to threaten him then leave.

His two sons Samuel Jr. and Juan Alcantar returned to the home to threatened and beat the victim with a gun. A second victim attempted to step in to break up the fight and was also assaulted with the gun. The second victim called the police and the suspects fled.

The first victim was transported to a local hospital for severe lacerations to his head while the second victim was cleared by medical personnel at the scene. While the suspect was at the hospital talking to detectives, the suspects returned and took the horse.

Detectives were able to track the horseshoe prints back toward the suspect’s residence. At around 11:10 p.m. search warrants were served on Verde Street and Oakwood Avenue. At Samuel Jr.’s residence deputies of the Gang Enforcement Team located guns and large amounts of currency that were taken as evidence.

Hesperia Sheriff’s Station is asking for the public’s help in locating Juan Alcantar and Samuel Alcantar Sr. for assault, robbery and gang enhancement charges. Anyone with information about their whereabouts is encouraged to contact Detective Rios at 760-947-1500 or Sheriff’s Dispatch at 760-956-5001 or remain anonymous by calling We Tip at 800-78-CRIME.