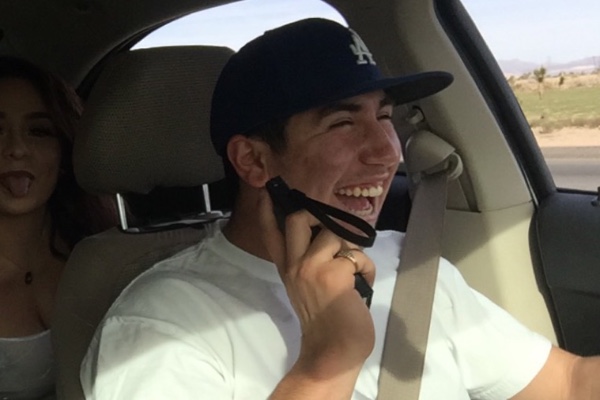 A man was killed on March 20th outside the Xhale Hookah Lounge in Hesperia. (Gabriel D. Espinoza)

HESPERIA-(VVNG.com): Two Riverside men were arrested Sunday afternoon for the murder of 18-year-old Hesperia Resident, Ricky Anthony Ramirez. Ramirez was shot while in the 11000 block of Hesperia Road on Saturday just after midnight. He was located inside a vehicle in the overflow parking area for the Hookah Lounge. Medical Personnel responded to the scene, but Ramirez was pronounced dead at the scene.

A full homicide investigation was immediately underway following the discovery and lasted throughout the day. Through investigation, Fanguna Katetau Paul Paea, Jr., 20  and Tevitalous Kalifitoni Fonua, 20  were identified as suspects. Paea and Fonua were subsequently arrested and transported to the High Desert Detention Center. They are being held without bail. They are scheduled to appear at the Victorville Superior Court on Tuesday, March 22, 2016 for an arraignment hearing.

The investigation is ongoing and no further information is being released at this time. Updates will be issued as new information becomes available.