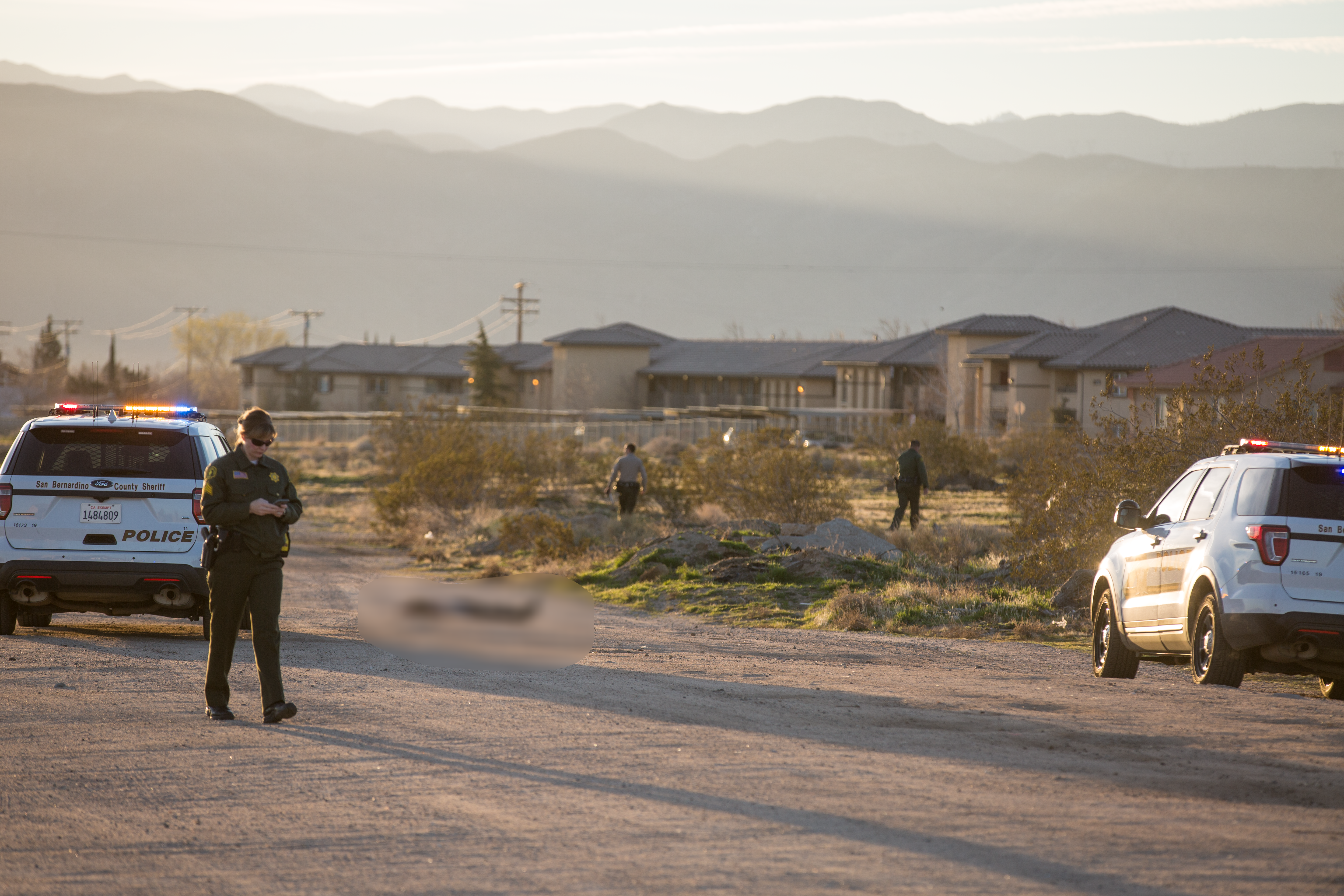 HESPERIA, Calif. (VVNG.com) A homicide investigation is underway after a man was found dead on a dirt road in a residential part of Hesperia Tuesday morning.

The unidentified man’s body was discovered by a person walking in the area around 6:02 a.m. In the 15600 block of Live Oak Street just east of 11th Avenue.

The deceased Hispanic male adult was lying face up with apparent wounds to his upper abdomen.

According to a nearby resident, two men were witnessed walking into the area around 4:30 a.m. and shortly after only one person was observed walking away.

Homicide detectives are conducting their investigation and have released no further information as of Tuesday morning.