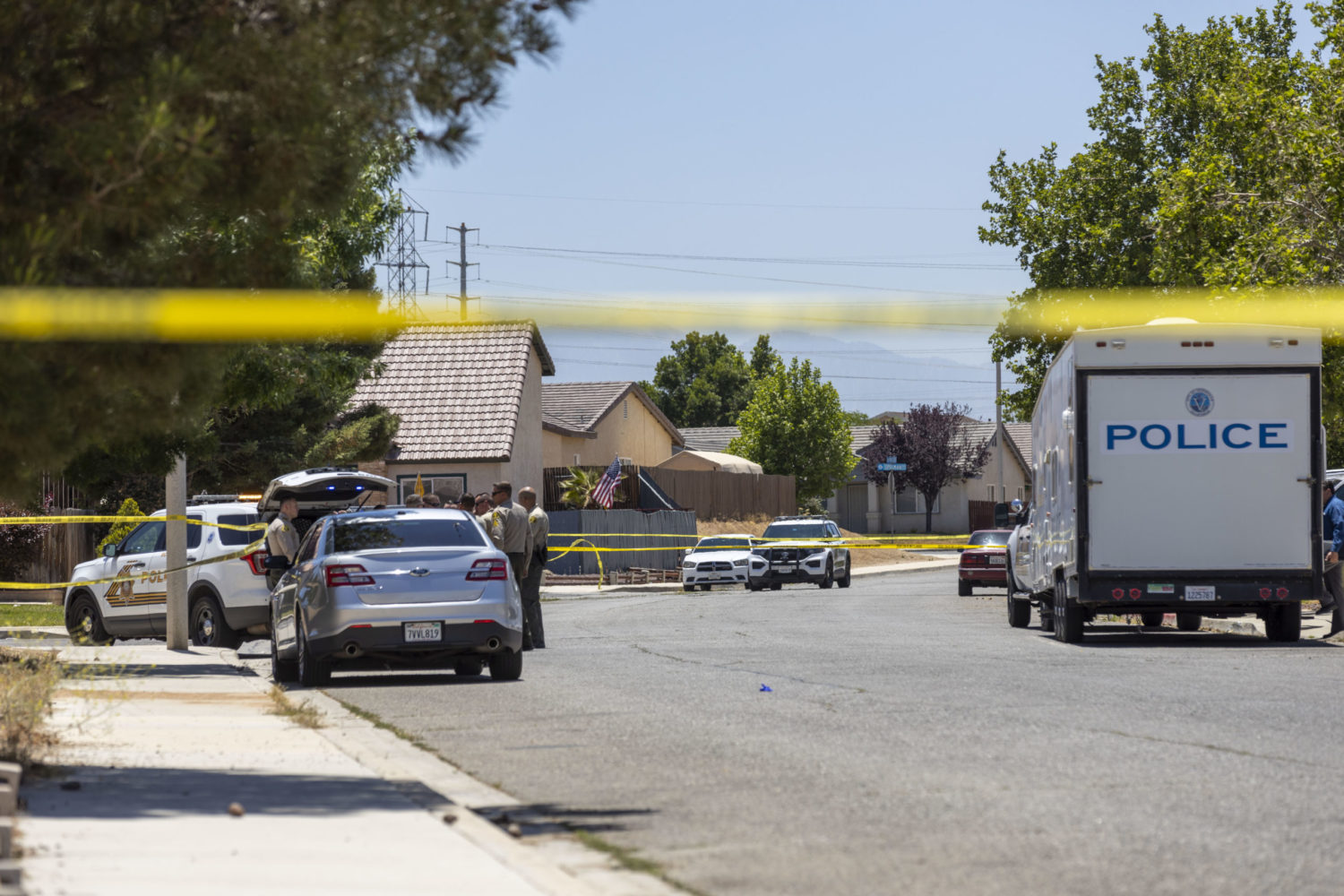 VICTORVILLE, Calif. (VVNG.com) — Detectives are conducting a homicide investigation at a residence in a Victorville neighborhood.

At about 12:01 pm, on Wednesday, May 26, 2021, deputies responded to the 13100 block of La Salle Circle, and the area was immediately blocked off with sheriff’s crime scene tape.

Sheriff’s spokeswoman Cindy Bachman said deputies responded to a report of a shooting and one person was pronounced deceased at the location.

Neighbors told VVNG a man covered in blood was taken from the home on a stretcher. According to unverified reports, the husband allegedly shot his wife and fled the location. It’s unknown if several children there were home at the time of the shooting.

The spokeswoman said homicide detectives are investigating but have not provided any details for release.