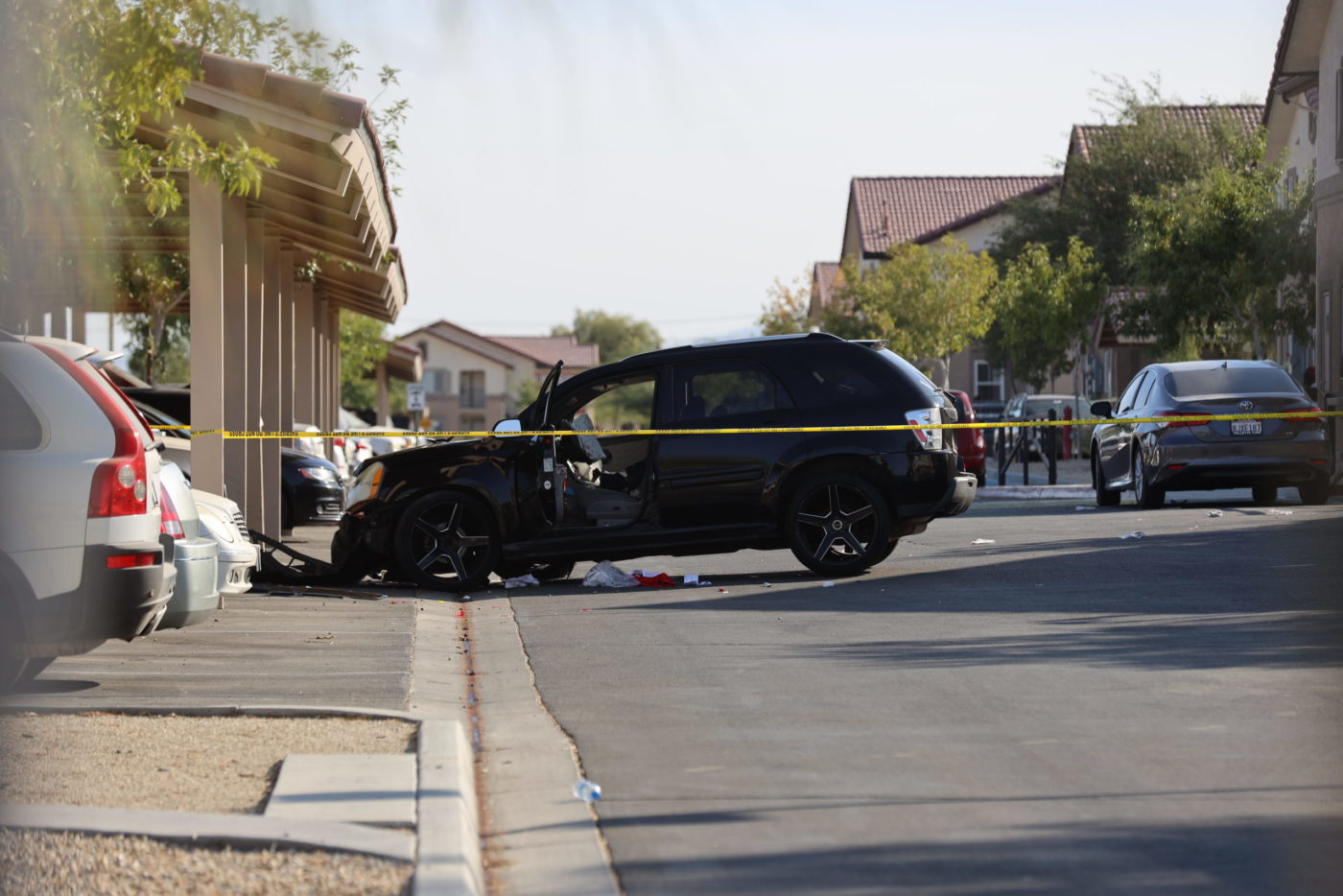 VICTORVILLE, Calif. (VVNG.com) — A Homicide investigation is underway after a man was shot in broad day light inside the Rancho Seneca Apartments in Victorville.

Inside the apartment complex, deputies located a black SUV that had been involved in a traffic collision with another sedan in the parking lot.

Witnesses said CPR was being performed on a male driver of the SUV before he was rushed off in an ambulance.

Sheriff’s spokeswoman Cindy Bachman said the subject was transported to Victor Valley Global Medical Center and homicide investigators had been requested to respond.

Bachman said she had very little information available to release and had no details on if anyone was in custody.

The incident is being handled as a murder investigation and anyone with information is asked to call the Victorville Police Department at 760-241-2911.