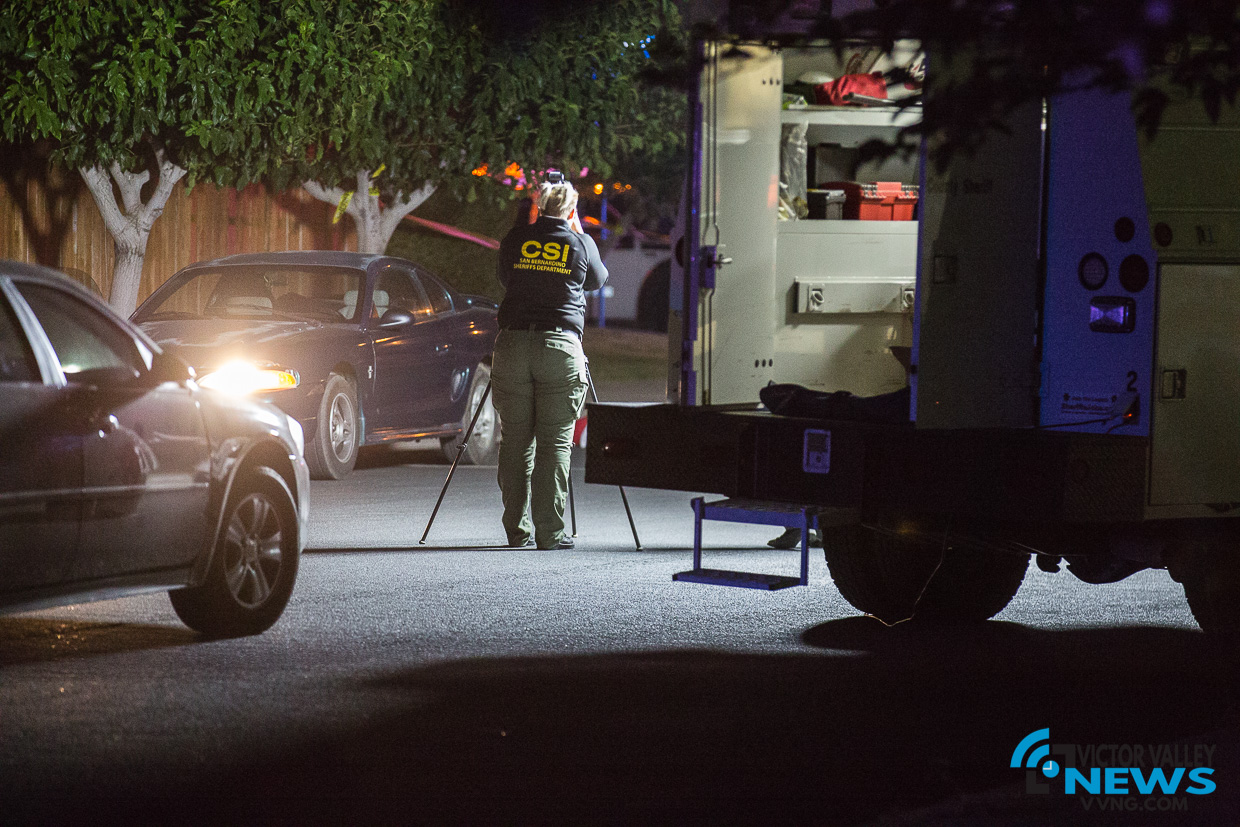 VICTORVILLE, Calif. (VVNG.com) — Authorities have launched a homicide investigation after a man was fatally shot in a Victorville neighborhood near the Mall of Victor Valley Thursday night.

Officers were dispatched to the 12400 block of Mesa Oro Drive in Victorville at about 10:15 pm.

Victorville police say a shooting took place there and one man was pronounced deceased at the scene.

Authorities located the deceased male lying in the street next to a 1997 Ford Mustang with the headlights and engine still on.

After a search of the area, deputies located a long barrel gun in shrubs one block over on Petaluma Street. A sheriff’s helicopter responded and assisted in the search for the suspect or suspects involved.

No other details have been released at this time, including suspect information and a motive surrounding the shooting.

This story is developing and information will be updated as it becomes available. Anyone with information on the shooting is asked to call sheriff’s dispatch at 760-956-5001. 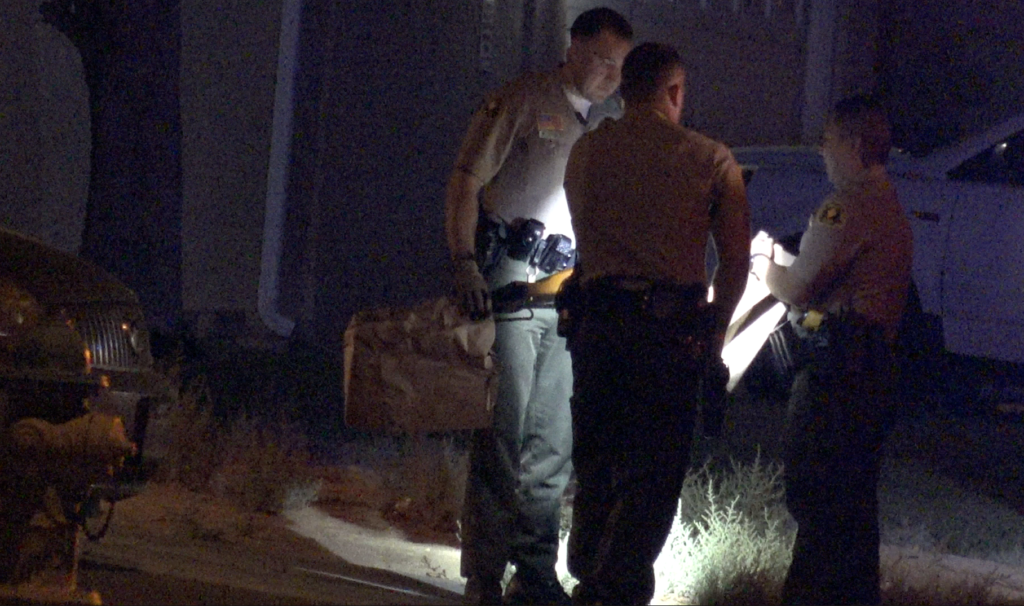 Deputies recovered a gun one street over from where a man was gunned down Thursday night. (Hugo C. Valdez, Victor Valley News)