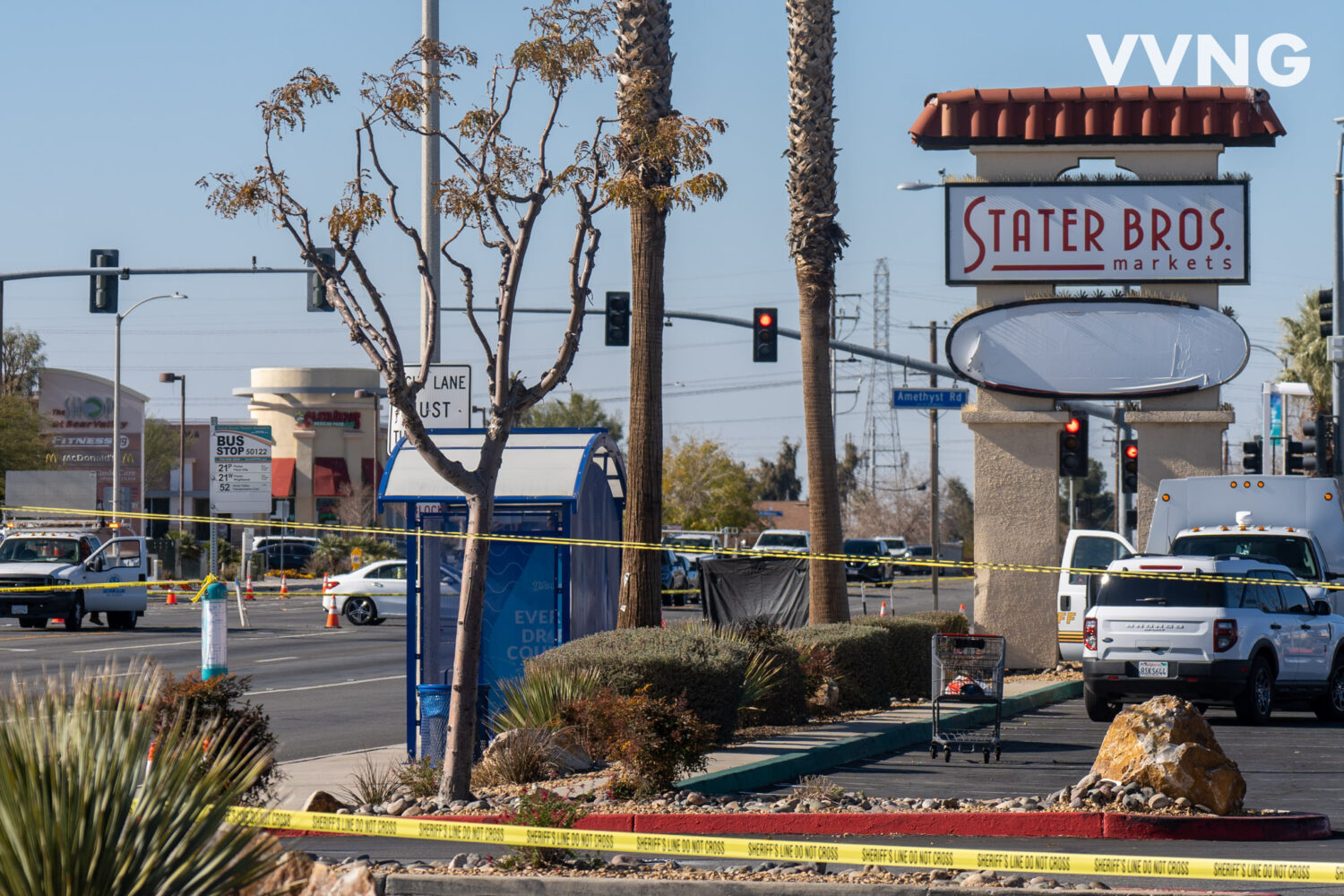 It happened early Thursday morning at about 3:30 am, when San Bernardino County Sheriff’s Deputies responded to a “man down” call near the bus stop in front of the Stater Bros located at 13769 Bear Valley Road.

The person was found laying in the westbound #2 lane of Bear Valley Road wearing red shoes, a red sweater, and blue jeans.

Upon arriving at the “man down,” call, which means that a person (male or female) was located unresponsive or unconscious, the person was declared deceased at the scene.

At some point during the investigation, the San Bernardino County Sheriff’s Homicide Team was requested to respond.

It’s unclear what evidence was located at the scene to change the call status from a “man down” to a murder investigation.

“It is still early in the investigation and no further information is releasable at this time,” stated the Victorville Police Spokeswoman Tricia Blake.

A hard road closure is expected to remain in place for several hours as authorities investigate. Bear Valley Road is currently closed between Amethyst Road and Shooting Star Drive.

The identity of the deceased has not been released at this time.