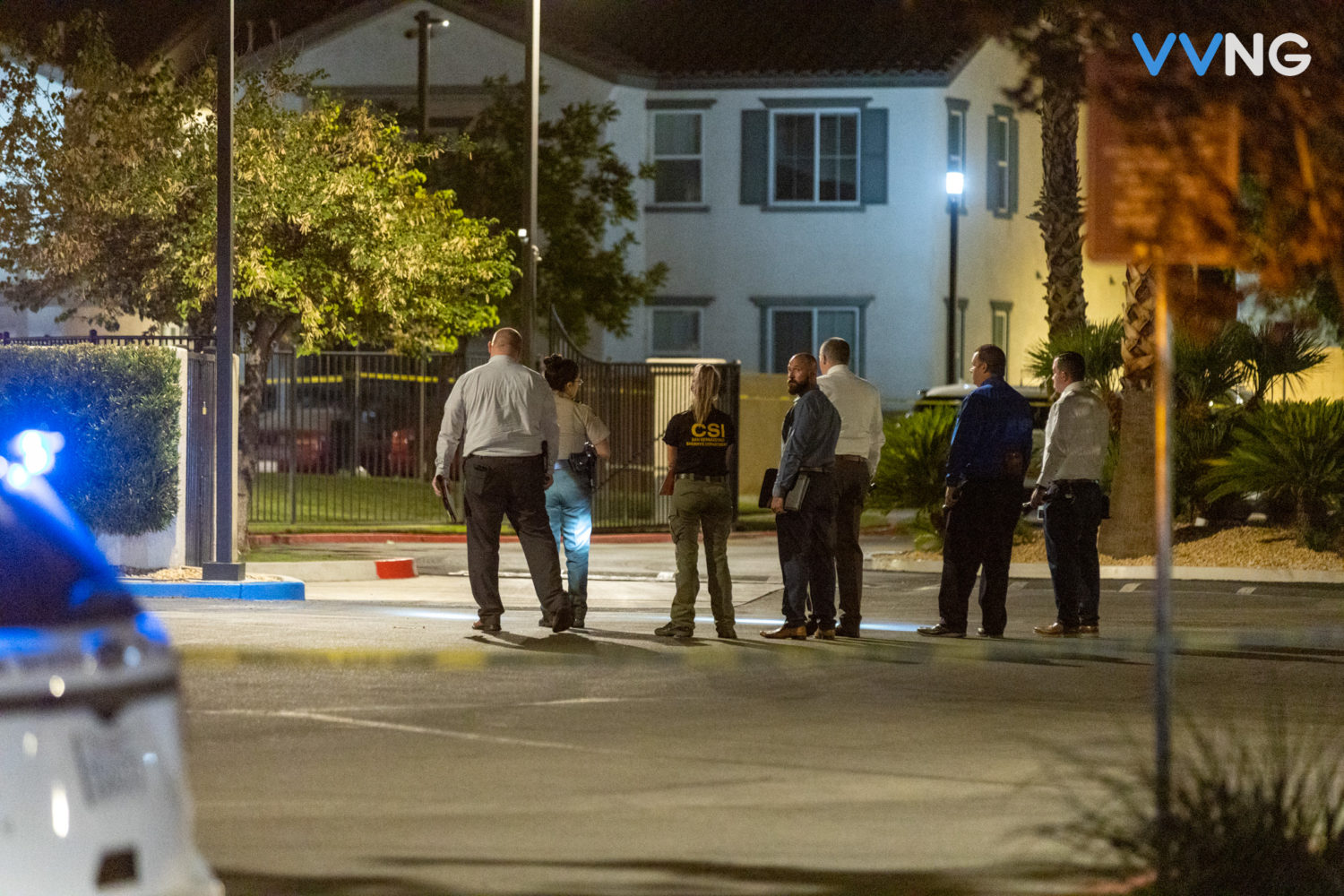 VICTORVILLE, Calif. (VVNG.com) — A shooting that occurred in broad daylight at the Riverton Apartments in Victorville left at least one person dead.

Details of the shooting remain limited as sheriff’s officials haven’t released any information into the ongoing investigation.

Residents said multiple families were fighting in front of the complex followed by about four gunshots that caused everyone, even some young children to disperse in various directions. A trail of blood was left behind near the trash can area by the front office.

Within five minutes of the shooting, a bloodied man suffering from what appeared to be a gunshot wound was reported to be in the Food 4 Less parking lot along La Paz Drive in Victorville.

An American Medical Response paramedic crew that was already nearby transported the shooting victim via ambulance to a local hospital with life-threatening injuries.

Residents living at the Riverton of the High Desert Apartments told VVNG there was another shooting at about 10:40 pm the night before. Some residents reported hearing what they thought were fireworks.

As of 9:30 pm, Homicide Detectives along with Crime Scene Investigators (CSI) were continuing their investigation behind a taped-off area near the front entrance of the complex.