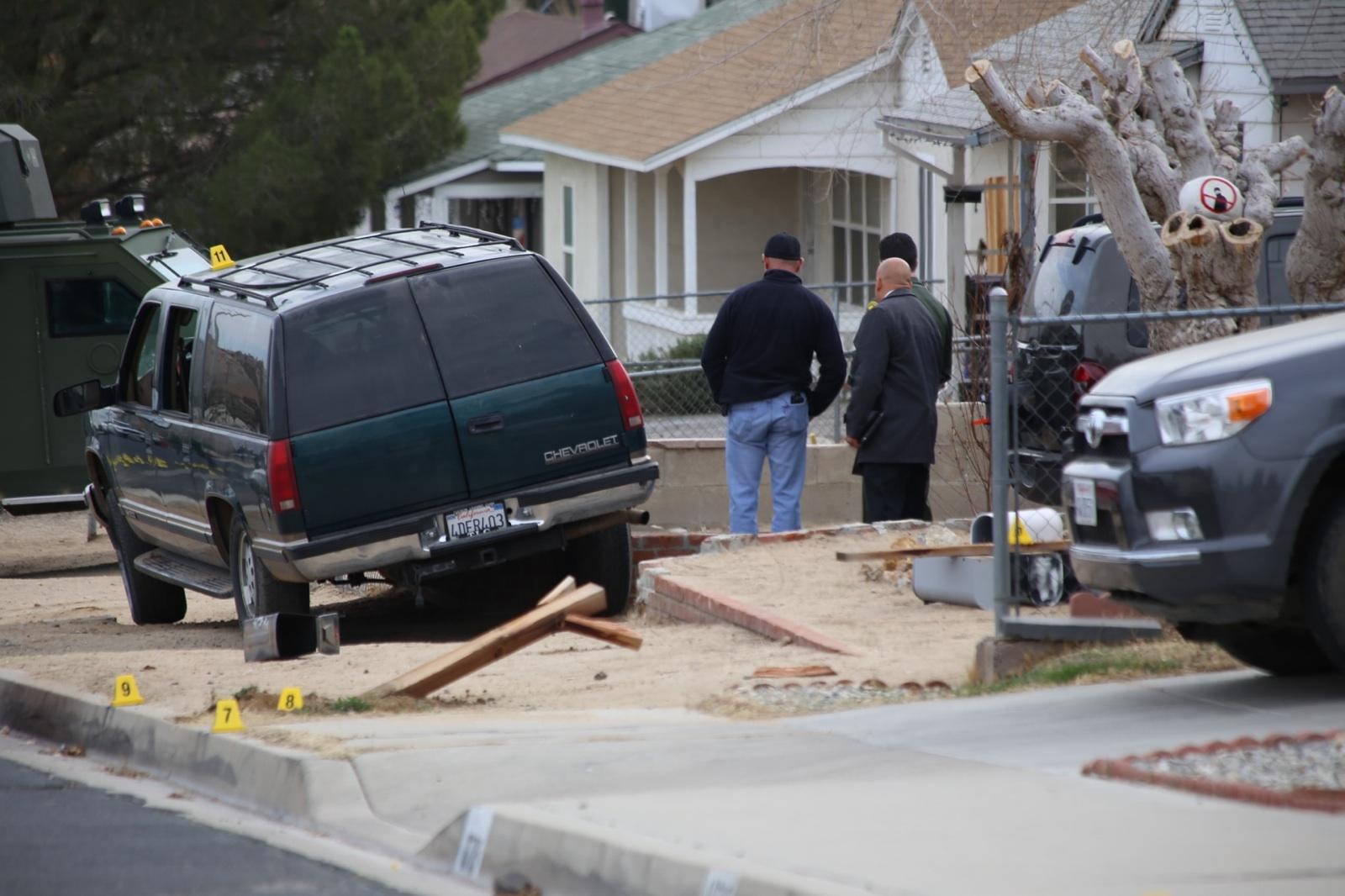 VICTORVILLE: The San Bernardino County Sheriff’s Department along with Homicide investigators are currently investigating an officer involved shooting that occurred early Sunday morning, January 12, 2014 in the 16700 block of Lacy Street in Victorville. This is near the intersection of 7th street and Mojave Drive.

According to scanner traffic, at approximately 11:00 p.m. on Saturday, officers were in pursuit of an older model Chevy Suburban occupied by one. The driver, a male, was heading north on Mojave drive and made a sharp right turn onto Lacy Street.

The suspect drove on the sidewalk knocking over mailboxes before eventually stopping his SUV. At that point the suspect bailed on foot and barricaded himself inside of a near by residence.

A perimeter was set up around the residence and several homes in the neighborhood were reportedly evacuated, as the stand-off was under way.

Sheriff’s helicopter (40-King) was requested to assist in giving the suspect commands over the intercom. A swat team was also called into the scene, but all efforts made by officers and negotiators in an attempt to get the suspect to safely give up, failed. The suspect barricaded himself in the home for approximately five hours and refused to come out.

According to a witness, who lives several houses down, the family who was home at the residence somehow managed to escape from the rear of the home and hid in an alley way and waited for officers come and safely rescue them.

A different witnesses, reported hearing rapid gun fire sometime between 3:30 – 5:00a.m. Other residents in the area reported being woken up from a deep sleep, and just falling to the floor by what sounded like “machine guns.”

Officers have confirmed the suspect died in an officer-involved shooting, no further details leading to the shooting have been released.

The name of the individual and the name(s) of any possible officers involved are being withheld at this time.  More information will be released when it is available.

One Dead After Crashing 100 feet into Embankment