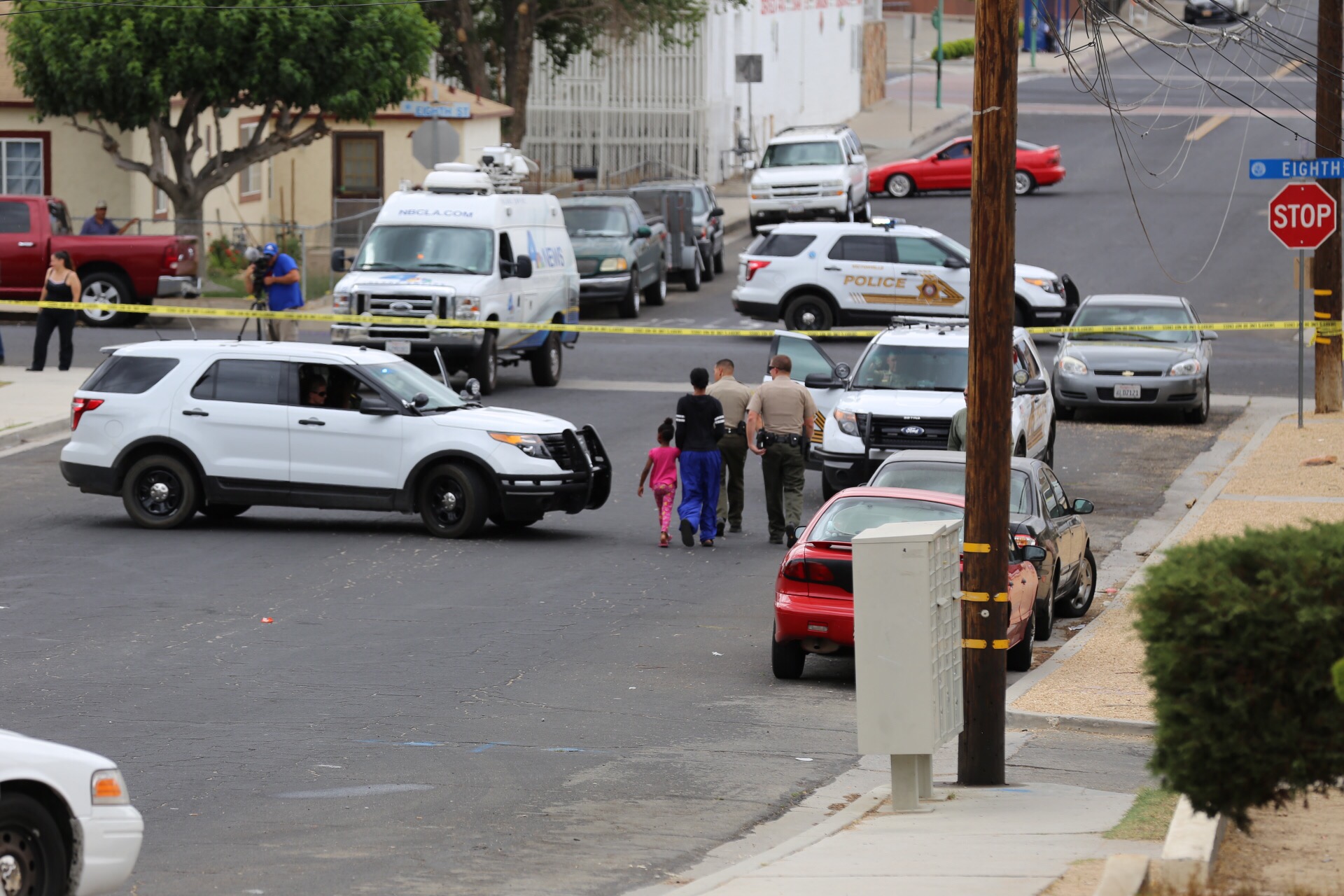 VICTORVILLE: (VVNG.com) A mother called dispatch on Tuesday in the early afternoon stating that a neighbor had shot her daughter in the head.

According to a witness on scene, an altercation had taken place and possibly a stabbing followed by what appeared to have been gun shot wounds. However no gunshots were heard, per witnesses.

The victim is described as a 21 year old female who lives in the local vicinity of the crime scene.

Deputies have 8th street blocked off pending the investigation.