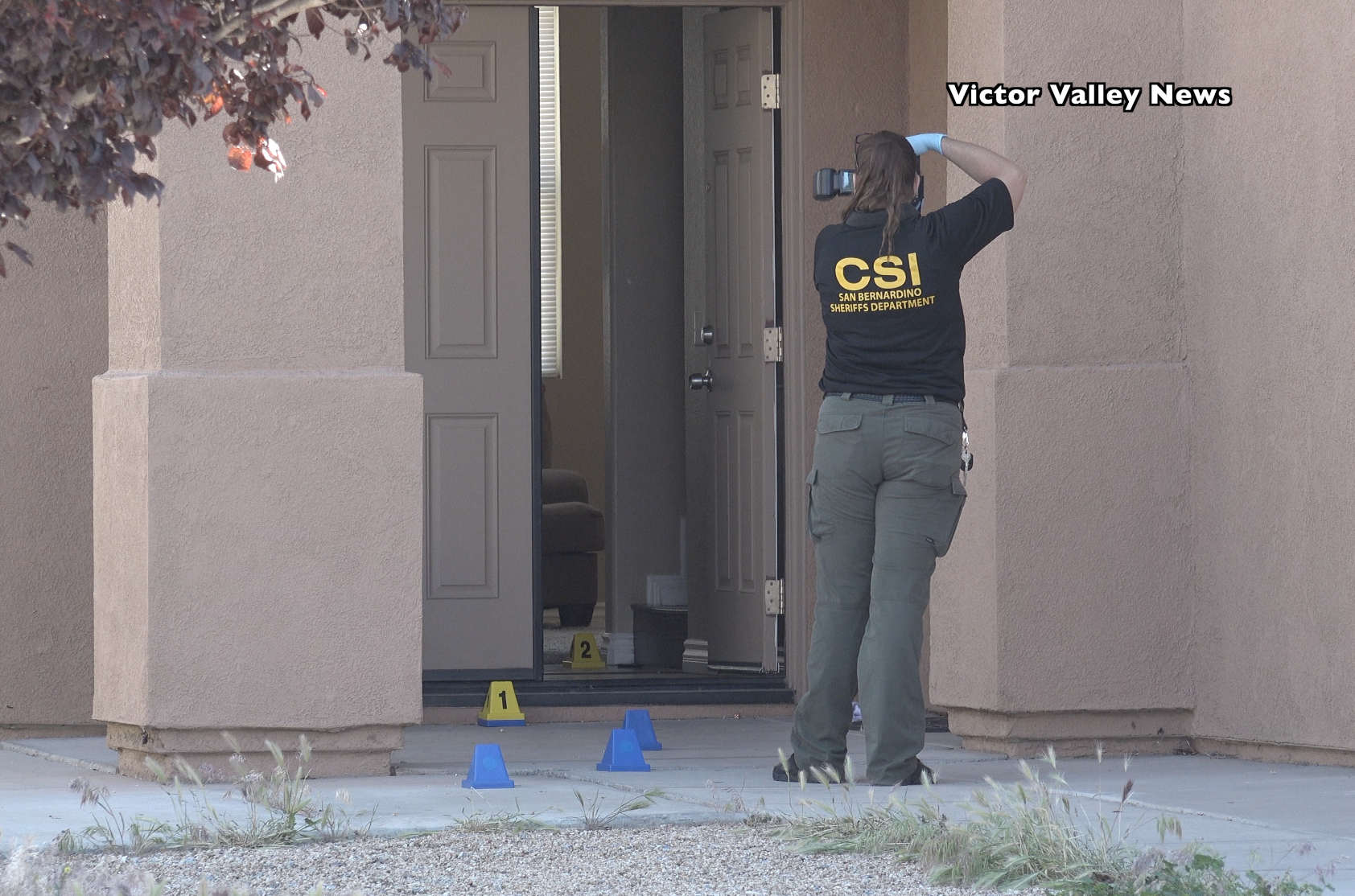 It happened on the 14400 block of Moon Valley Street near East Trail when deputies were dispatched to an unknown disturbance at about 3:00 a.m., Sheriff’s officials confirmed.

“While [Deputies were] in route, at 3:03 am, the call was changed to a stabbing,” stated Sheriff’s Spokeswoman Mara Rodriguez.

According to a witness, emergency personnel performed CPR on a black male adult who was found lying in front of the residence near the garage door with a stab wound to his chest.

A helicopter was initially requested to transport the victim to a trauma center, however, the request was later canceled. The male victim was subsequently transported by ground ambulance to a local hospital in grave condition.

Crime Scene Investigators photographed inside and outside the residence. Near the front entrance of the doorway appeared to be a knife with a yellow evidence marker labeled “2” next to it.

The incident caps a violent weekend in the Victor Valley, including another stabbing Sunday afternoon in Hesperia and a shooting late Sunday night in Adelanto, in which authorities have not provided any additional information regarding those incidents.