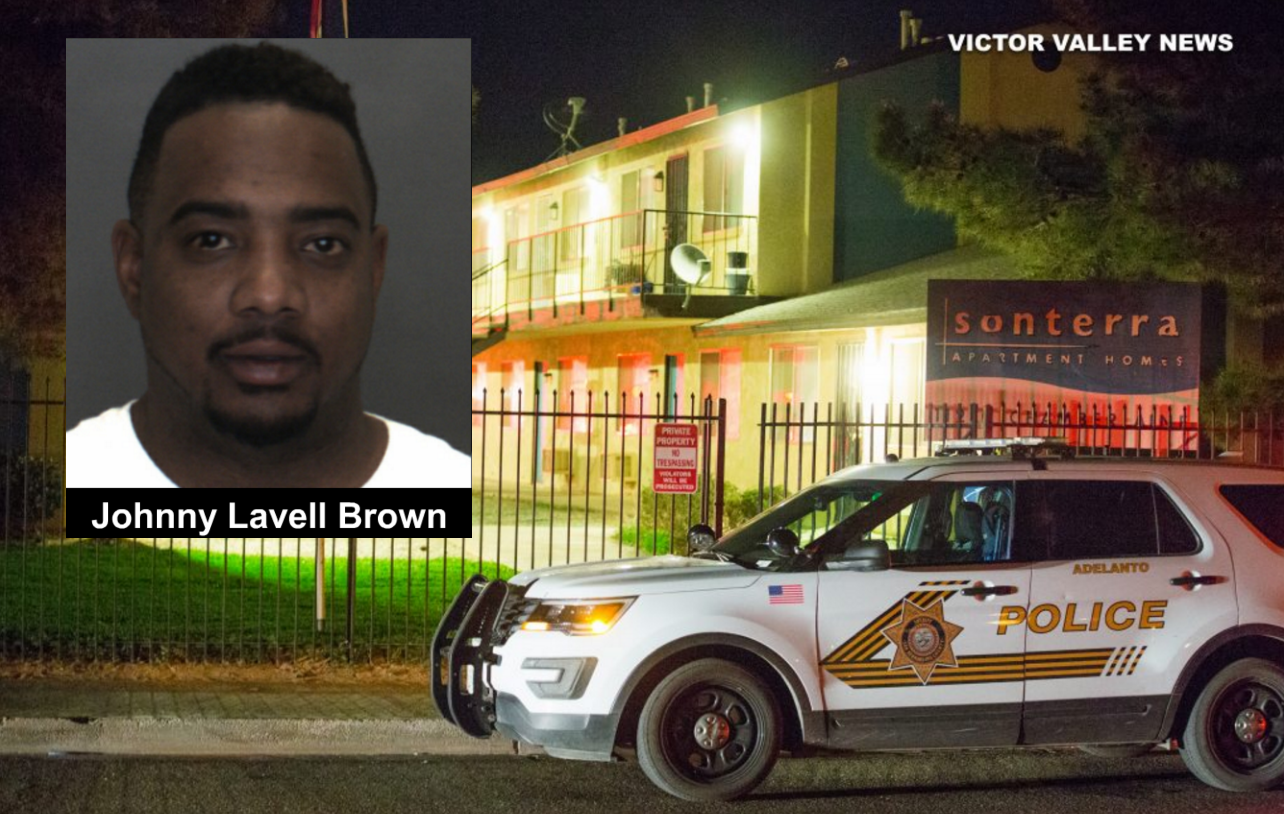 ADELANTO, Calif. (VVNG.com) A suspect wanted for the murder of an Adelanto man earlier this year was picked up a by homicide detectives in Texas on September 10th.

Authorities were searching for Johnny Lavell Brown, 37, of Adelanto, since March 20th after he allegedly shot and killed 36-year-old Joshua Jermaine McGinnis.

“Through investigation, homicide detectives determined that Johnny Lavell Brown had fled to a residence in Arlington, Texas. Detectives contacted law enforcement officials with the US Marshals and Arlington Police Department for assistance,” stated a sheriff’s news release.

On September 6th, Brown was located inside a residence in the Heather Glen Townhomes and taken into custody on

On September 6th, Johnny Lavell Brown was located at a residence in the Heather Glen Townhomes and taken into custody without incident.

McGinnis was shot at his residence in the 11200 block of Chamberlaine Way on March 20th at 8:06 pm. The following day, McGinnis was pronounced deceased at a hospital.

Homicide detectives named Brown as the suspect and issued an arrest warrant for his arrest.

On September 10th, homicide detectives traveled to Fort Worth Texas and took custody of Brown. He was transported back to San Bernardino County and booked into the West Valley Detention Center for PC187 Murder.