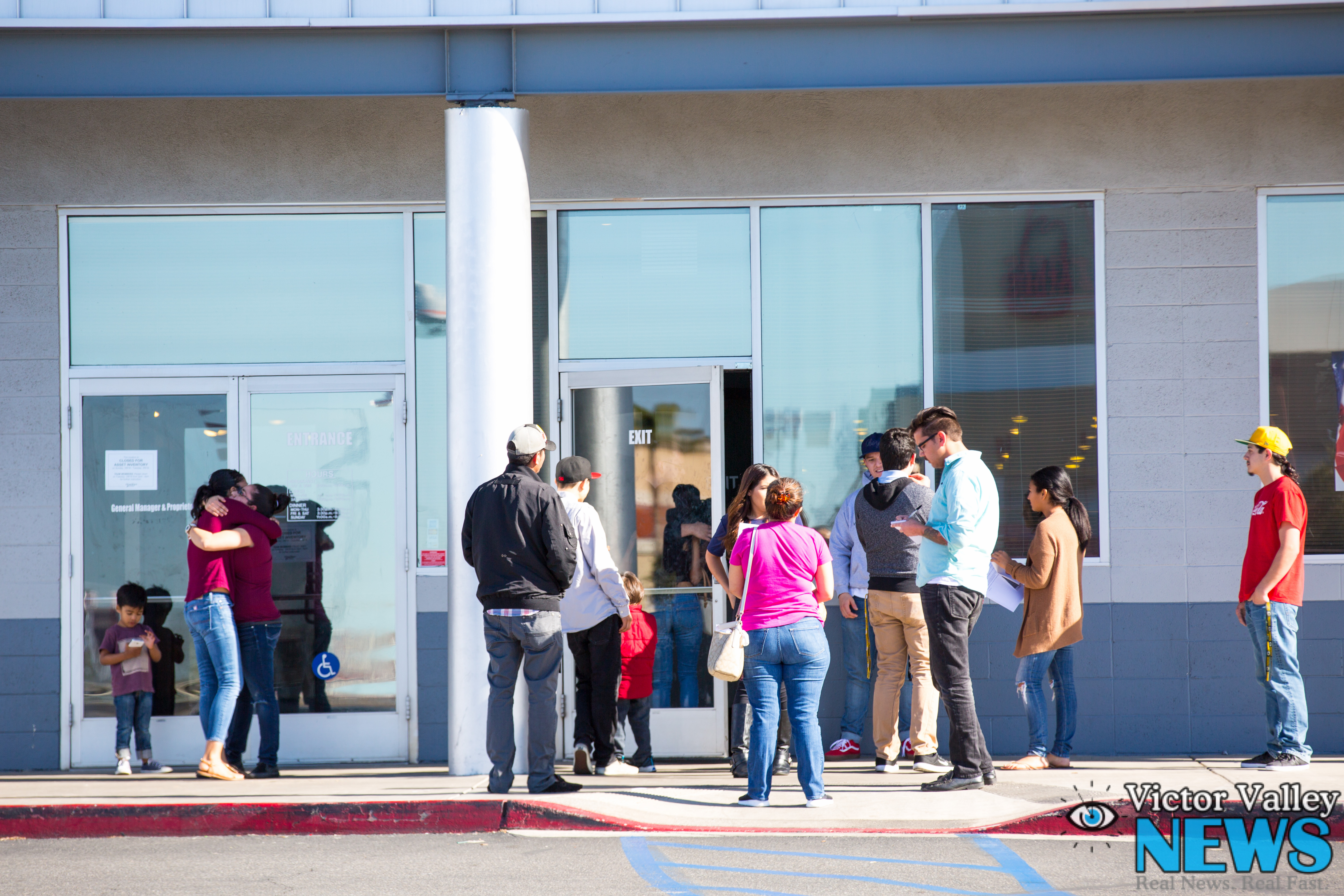 Hometown Buffet in Victorville has shut its doors amid a bankruptcy filing. Dozens of local employees are affected by the sudden closure. (Gabriel D. Espinoza, Victor Valley News)

UPDATE- (3-8-16):  The now-former employees at Hometown Buffet went to the closed restaurant for a meeting with upper management on Tuesday afternoon. Each former employee was called in one at a time to speak with a manager.

When called in, employees said that they were advised of their rights as far as receiving unemployment and they were offered their final paychecks. They were also told that they could apply for open positions at other locations, but a former employee, who asked to remain anonymous told Victor Valley News that the cost and time of doing so made that option unfeasible.

Even though the closure was sudden and unexpected, most of the former employees were somber instead of angry. Employees who stood outside the closed restaurant hugged one another and said their final goodbyes.

VICTORVILLE:(VVNG.com)- The all you can eat buffet, located on the 14000 block of Valley Center Drive in Victorville has shuttered their doors, leaving almost 40 workers without a job.

The daughter of an employee shared her mother’s experience with Victor Valley News:

“They didn’t give her any prior notice, she got there Sunday morning to work and they didn’t let her in. They told her they were going to do inventory and that all employees have to return Tuesday for a meeting,” said the daughter in anonymity.

HomeTown Buffet and several affiliated buffet chains filed for Chapter 11 bankruptcy protection for the third time in less than a decade.

The bankruptcy followed after the parent company acquired several other chains claiming that they were not aware of a pending lawsuit against the purchased businesses. The suit was awarded in excess of 11 million dollars in October to plaintiffs, which dampened the company’s outlook.

According to employees, the restaurants stoves were removed from the premises on Monday, and a sign was posted on the door that read “this location is closed for asset inventory on Sunday 3/6/16 – Tuesday 3/8/16”

Employees that weren’t scheduled were called to be informed of the closure and some just found out as they read the signs on the door.

The posted sign informed employees to return Tuesday at 2:00 pm for further instructions. Victor Valley News will try to obtain additional information following the meeting. Please check back for updates.