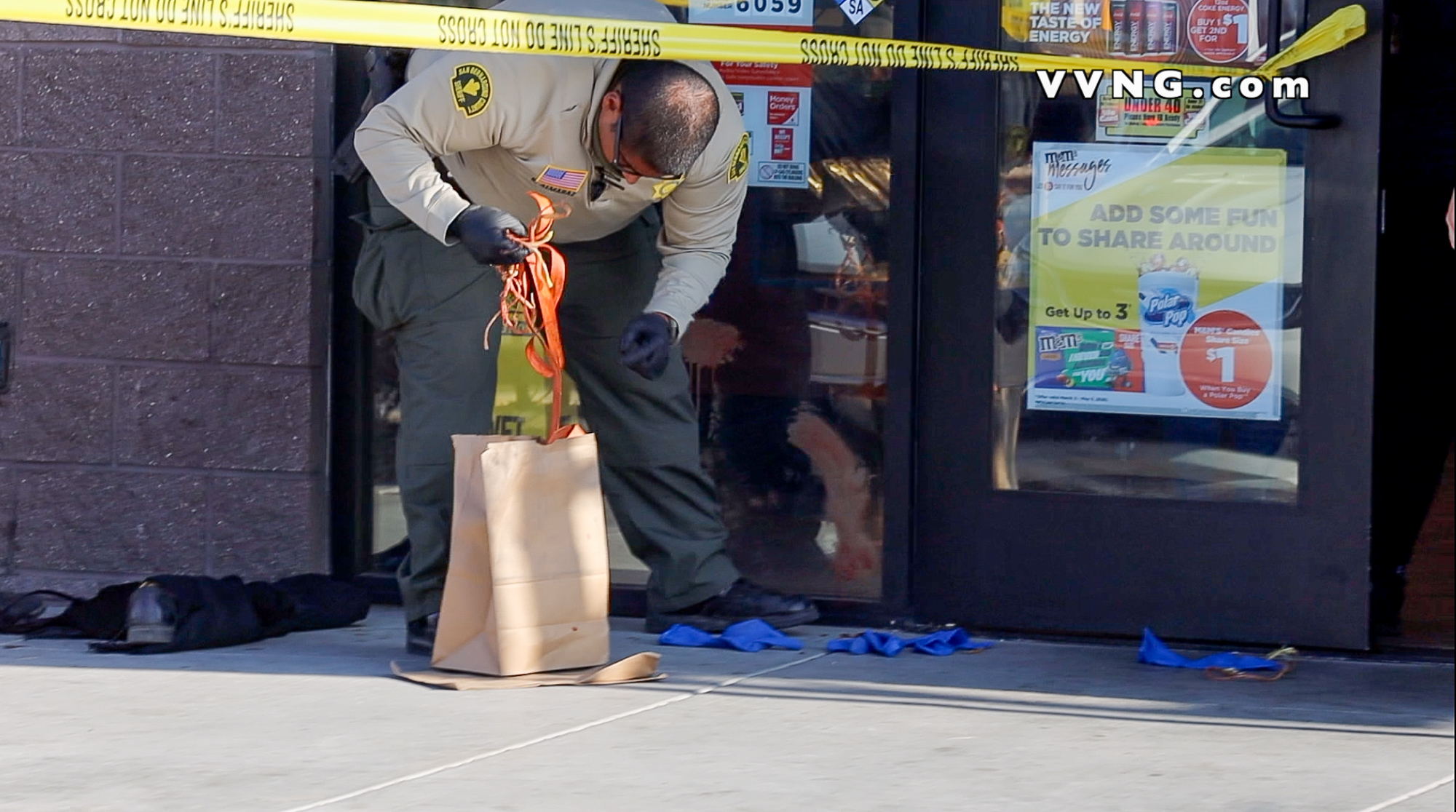 VICTORVILLE, Calif. (VVNG.com) — Detectives are investigating the kidnapping and attempt murder of a 31-year-old homeless man who was tied up and stabbed multiple times in Victorville.

As previously reported in a VVNG article, at approximately 5:14 pm, on April 20, 2020, multiple calls came into Sheriff’s dispatch regarding a bloody man walking near Nisqualli and Balsam. The man appeared to be bound at his wrists and disoriented.

Deputies from the Victorville Police Department responded and located the man at the Circle K on Nisqualli Road.

Through investigation, deputies learned the victim was in the desert area near Nisqualli and Balsam, where he had been living.

According to a sheriff’s news release, “Three male suspects approached the victim. He was hit in the head with a crowbar, his hands bound, and he was placed in the back seat of a vehicle. One suspect drove the vehicle while the others hit and stabbed the victim multiple times. The victim fought the suspects and was able to escape the vehicle.”

Medical aid was rendered at the scene and the victim was subsequently flown to a trauma center in Los Angeles County. He is listed in stable condition and expected to recover.

The three unidentified suspects are outstanding, and the investigation is on-going.

Anyone with information about this investigation is asked to contact Detective T. Bechtol at the Victorville Police Department at (760) 241-2911 or Sheriff’s Dispatch at (760) 956-5001. Callers wishing to remain anonymous are urged to call the We-Tip Hotline at 1-800-78CRIME (27463) or you may leave information on the We-Tip website at www.wetip.com.