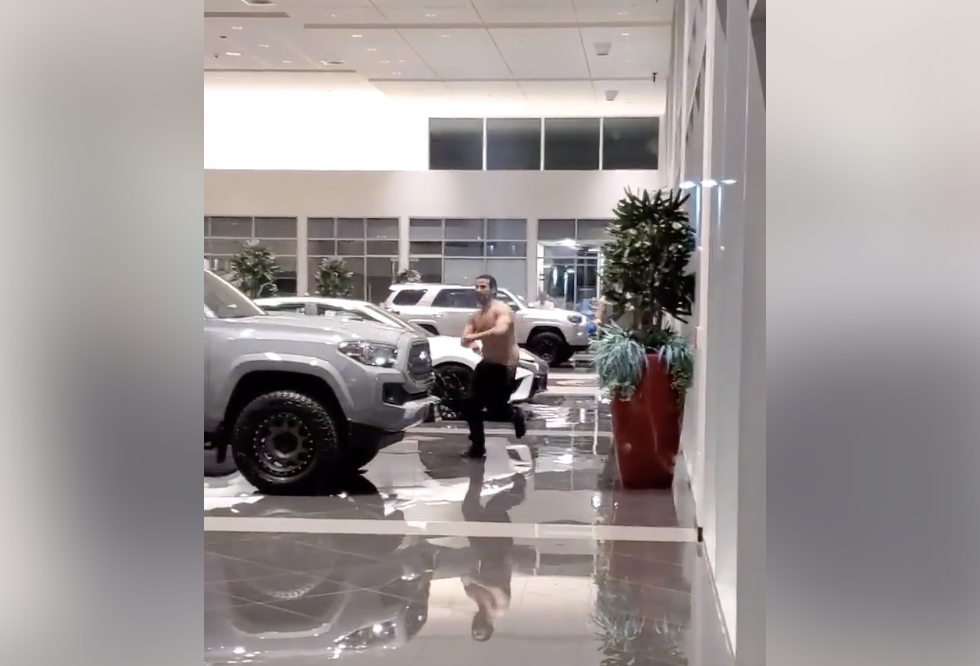 VICTORVILLE, Calif. (VVNG.com) — A homeless man was arrested after attempting to assault a security guard with a hypodermic needle/knife, and attempting to set fire to a fuel truck at Costco, officials said.

It happened on Monday night in the Costco parking lot located in the 14500 block of Valley Center Drive in Victorville.

The suspect, 39-year-old Saul Mejia, was loitering and asked to leave. As he walked through the parking lot he attempted to open several car doors, officials said.

According to Rodriguez, “Mejia then removed a folding knife and a hypodermic needle from his clothing and attempted to assault the guard. The guard pepper-sprayed Mejia and he moved on to the gas station area at Costco.”

Witnesses at the gas pumps described a chaotic scene as Mejia shouted out he was going to blow up the gas station.

The sheriff’s spokeswoman confirmed that Mejia did in-fact attempt to light the fuel truck on fire with a lighter as fuel was being delivered.

Following his failed attempt, Mejia ran across the street to a nearby dealership and began trying to get into cars. Rodriguez said he threw rocks at windows of the business and cars on the lot before running inside the location.

A cellphone video of the incident showed a shirtless Mejia running from police inside the lobby of the dealership as deputies attempted to capture him.

Mejia continued acting erratically and refused to follow the officer’s commands prompting deputies to use non-lethal force to detain him. He was checked out by medical personnel at the scene before he was arrested at the High Desert Detention Center.

According to public arrest records, Mejia was booked and is charged with PC451.5(A)(3) Aggravated Arson and PC245(A)(1) Assault with a deadly weapon. His bail is set at $250,000 bail and his arraignment is scheduled for October 30, 2019, inside a Victorville courtroom.