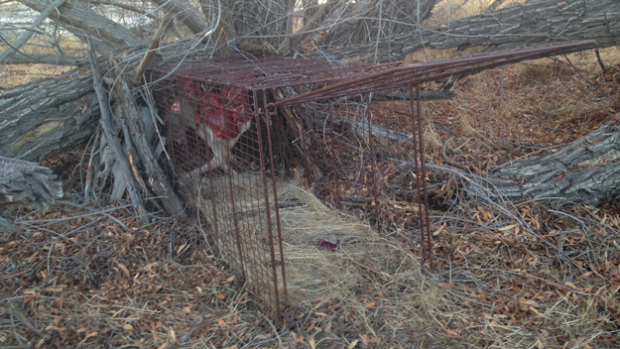 PERRIS: A 50-year-old homeless man is recovering in a hospital after allegedly being attacked by a mountain lion in Perris over the weekend.

The victim was taken to a nearby hospital Saturday morning with injuries consistent with a mountain lion attack – lacerations, puncture wounds and bite marks at the base of the skull.

The homeless man had surgery Saturday night and his condition is listed as critical. His age and name were not released but he is expected to survive, according to authorities.

California Department of Fish and Wildlife (CDFW) law enforcement officers and biologists responded to where the attack happened off of Highway 74 west of the 215 freeway in the area of A Street and Metz Road and were unable to locate the lion. Baited traps have been set in an effort to capture the lion and officers are on scene.

CDFW will make all reasonable efforts to ensure the actual offending animal is destroyed. DNA samples were collected from the victim to match with the lion if it is captured. If the animal is found it will be destroyed in the interest of public safety.

“The first priority of any law enforcement agency is the safety of the public and we are doing everything we can to find and capture this animal before it can harm anyone else” said CDFW Assistant Chief Dan Sforza. “We are asking nearby residents to be aware there is a lion in the area and to be careful with their pets and children.”

The incident is under investigation.

If confirmed this will be the 15th verified lion attack on humans in California since 1986. The last fatal attack was in Jan. 2004 at Whiting Ranch Regional Park in Orange County. A 63-year-old man survived a lion attack in July 2012 in Nevada County.

The following safety tips have been provided by the California Department of Fish and Game:
•Do not feed deer; it is illegal in California and it will attract mountain lions.
•Trim brush to reduce hiding places for mountain lions.
•Don’t allow pets outside when mountain lions are most active—dawn, dusk, and at night.
•Bring pet food inside to avoid attracting raccoons, opossums and other potential mountain lion prey.
•Do not leave small children or pets outside unattended.
•Install motion-sensitive lighting around the house.
•Do not hike, bike, or jog alone.
•Avoid hiking or jogging when mountain lions are most active—dawn, dusk, and at night.
•Do not approach a mountain lion.
•If you encounter a mountain lion, do not run; instead, face the animal, make noise and try to look bigger by waving your arms; throw rocks or other objects. Pick up small children.
•If attacked, fight back
•If a mountain lion attacks a person, immediately call 911.

For more information on living with wildlife: https://www.dfg.ca.gov/keepmewild/

Source: Press Release from California Department of Fish and Wildlife