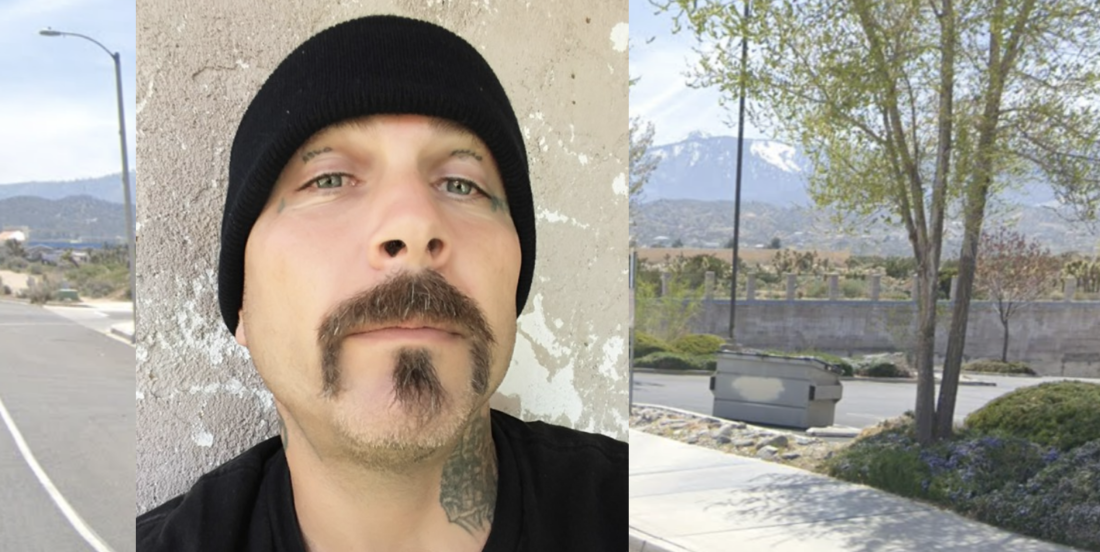 PHELAN, Calif. (VVNG.com) — A 43-year-old homeless man was arrested after allegedly starting several fires and burning property that did not belong to him.

On Tuesday, August 4, 2020, at 8:00 a.m., deputies from the Victor Valley Station responded to a fire behind Stater Bros. Market in Phelan.

According to witnesses who recorded the incident, Bruce Lee Hice was seen lighting fires in the field and a dumpster. “Hice then started throwing combustible items and other items from a homeless encampment into the fire, including a shopping cart belonging to Stater Bros Market,” stated a sheriff’s news release.

Bruce Hice was arrested and booked at High Desert Detention Center for PC45(D) Arson. He is currently being held in lieu of $50,00.00 bail and is scheduled for arraignment on August 6th.

Anyone with information regarding this crime is urged to contact Deputy D. Holland at Victor Valley Sheriff’s Station, Phelan Sub-Station, (760) 995-8781. Persons wishing to remain anonymous can report information to WeTip by calling 1-800-78-CRIME, or by accessing the website at www.wetip.com.