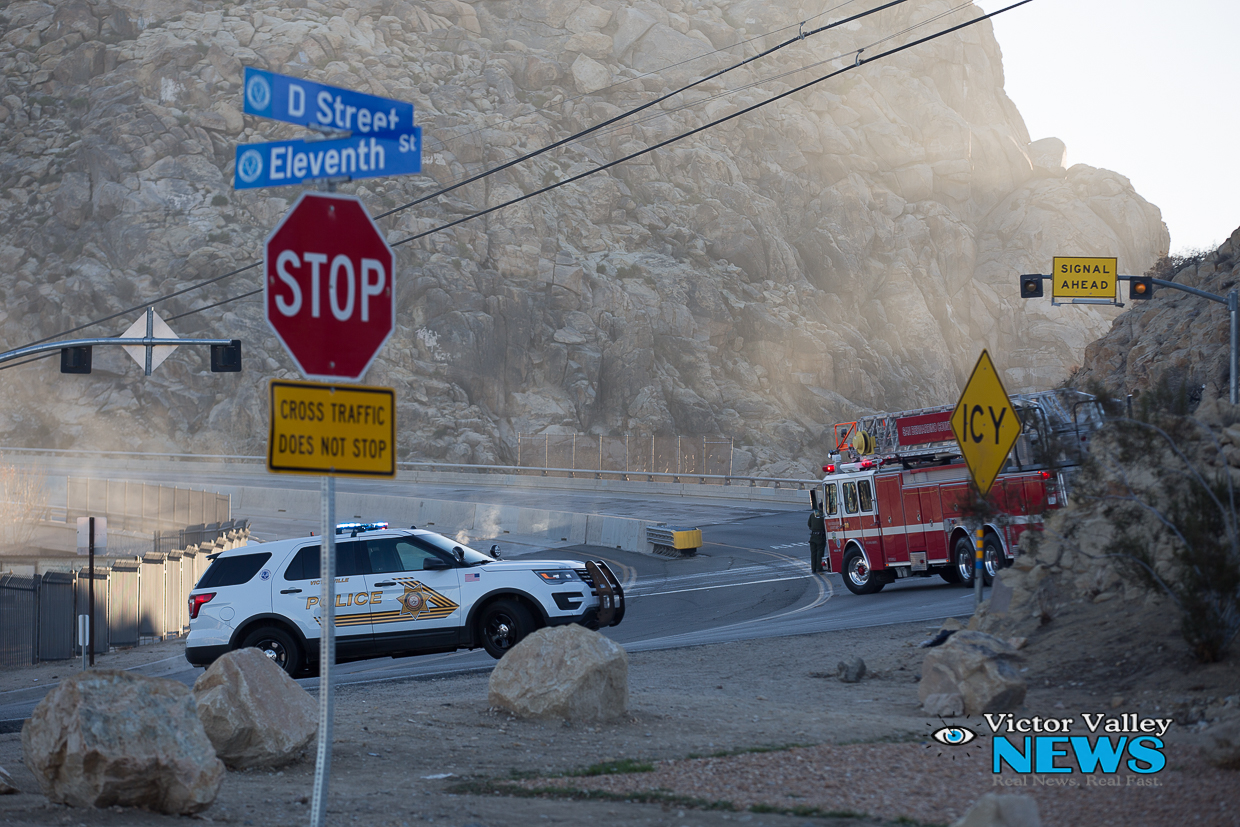 VICTORVILLE, Calif. (VVNG.com) A fire under the D Street/Highway 18 Bridge closed down the overpass that leads from Apple Valley into Victorville early Tuesday morning.

The fire started at around 7:09 a.m when temperatures were in the low 20 degrees. The fire caused heavy smoke to creep throughout the homeless encampment, authorities said.

Officials say the fire was started in the homeless camp and thankfully no fatalities were reported and there was no damage sustained to the bridge.