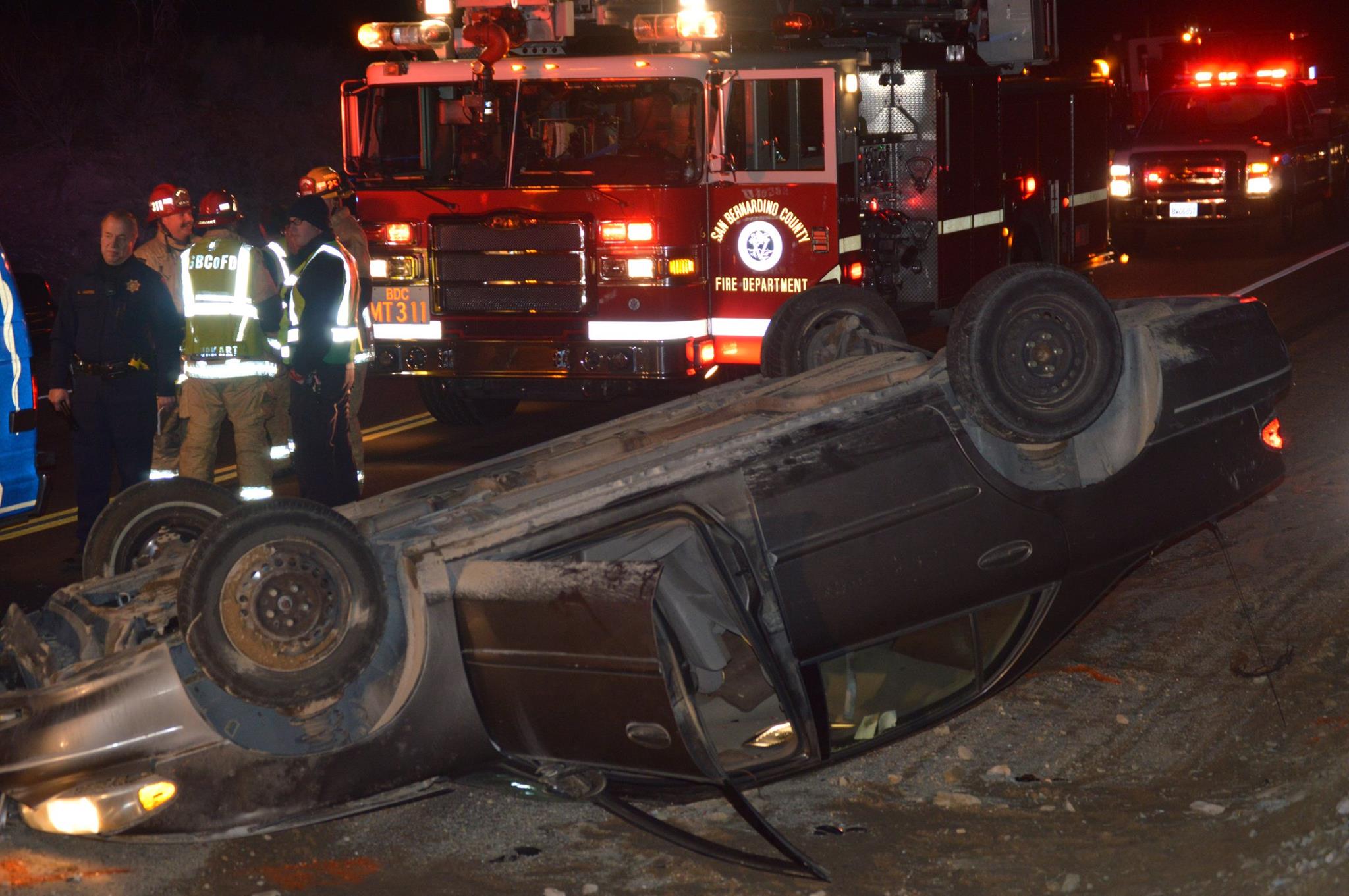 ORO GRANDE:(VVNG.com)- A hit-and-run traffic accident was reported on National Trails Highway and Barbosa Road on Wednesday, January 28, at 6:12 P.M.

After being involved in a two vehicle head-on collision this vehicle was t-boned by a third vehicle that fled the scene.
(photo by Gary Martin)

Deanna, the driver of a red Toyota Corolla stated she was driving northbound on National Trails Highway when a full size sedan came speeding towards her. “There was nothing I could do to stop or get out of his way, so we crashed head on,” stated Deanna.

Deanna managed to crawl out of the passenger side of her vehicle. As her wrecked vehicle was in the roadway vehicles continued “flying by in both directions. One car hit my car, again. Then a third vehicle hit my car again, and knocked it across the street.”

One of the vehicle’s that struck Deanna’s car failed to stop and continued driving.

According to CHP incident logs, the vehicle that fled the scene rolled over about 1/2 mile from the original traffic collision and landed on its roof near Bryman Road. Two occupants in the vehicle were trapped and required minor extrication.

The occupants of the vehicle, 1 male and 1 female were both transported by ground ambulance with unknown injuries. No other injuries were reported in the first collision.

The exact cause of the accident is under investigation and it’s unknown if alcohol was a factor in the collision.