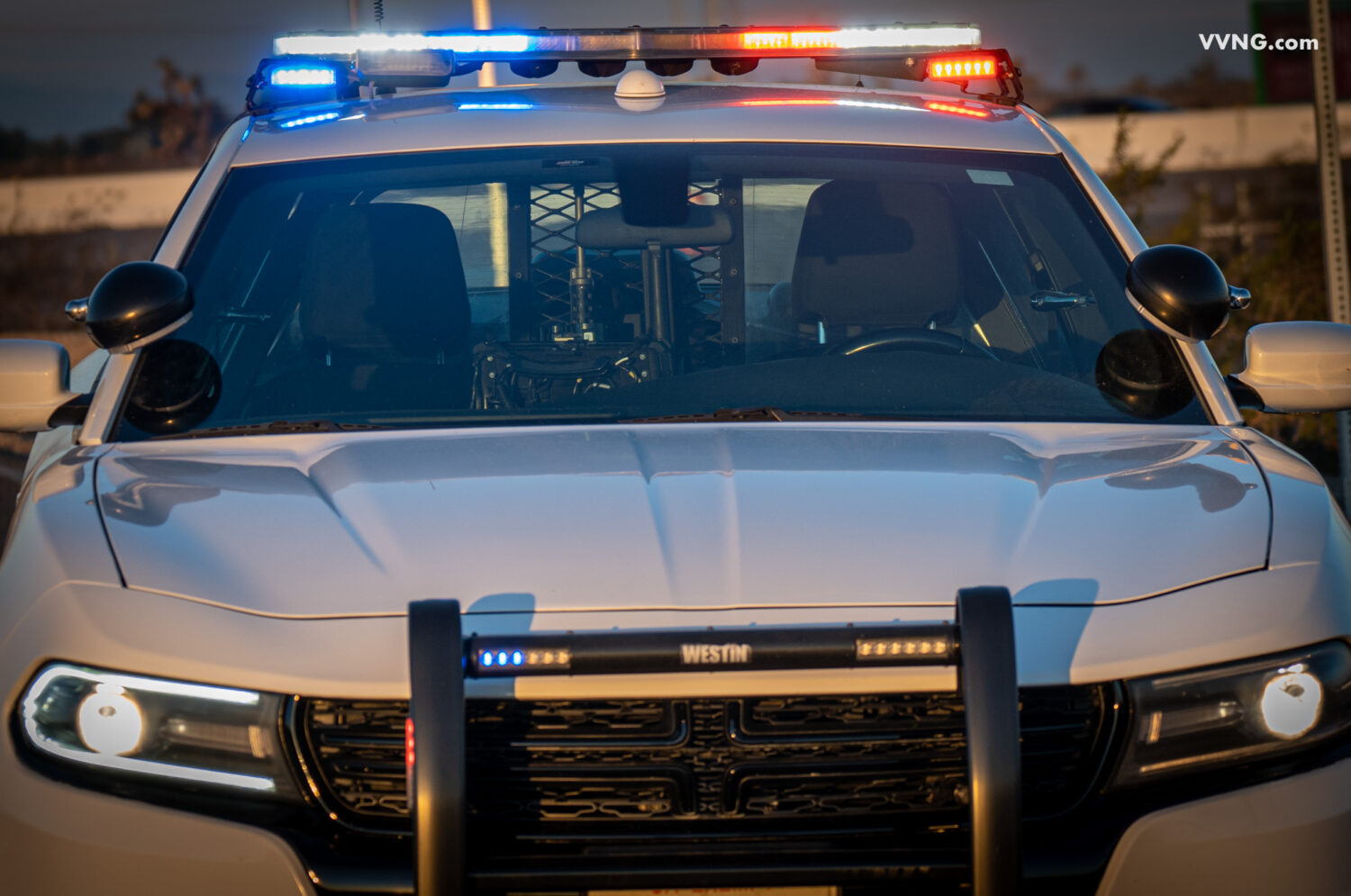 HESPERIA, Calif. (VVNG.com) — Two men were arrested after a hit-and-run off-road crash that turned into a pursuit in Hesperia.

It happened on Friday, December 16, 2022, at approximately 9:03 a.m., in the desert area west of Arrowhead Lake Road, near Hesperia Lake.

Deputies arrived and determined 32-year-old Bryan Rosales-Rodriguez, a resident of Pomona, was driving a 2022 Can-Am Maverick X3 and collided into the victim’s vehicle in the desert area.

Sheriff’s officials said Rosales-Rodriguez fled the scene without providing the victim, a 26-year-old male resident of Riverside with the required information.

Rosales-Rodriguez and his passenger, David Zermeno, 23, a resident of Upland, were located in the Can-Am near the incident location by a CHP aviation unit.

According to sheriff’s officials, “when deputies located and attempted contact with Rosales-Rodriguez and Zermeno, they fled further west into the desert. The CHP aviation unit maintained visual of the Can-Am and lead deputies to several locations where the Can-Am stopped.”

After an additional attempt to contact the occupants of the Can-Am while it was stopped, Rosales-Rodriguez sped away and drove to Highway 173, near Highway 138. The Can-Am traveled onto Hwy 138 and stopped about one mile east of the I-15 Freeway.

The driver of a black Jeep arrived and parked next to the Can-Am. Both occupants abandoned the Can-Am and entered the Jeep. Deputies arrived on scene prior to the Jeep driving away and detained all occupants without incident.

The Can-Am was towed and stored at a local tow facility. There were no injuries reported as a result of the hit-and-run traffic collision.