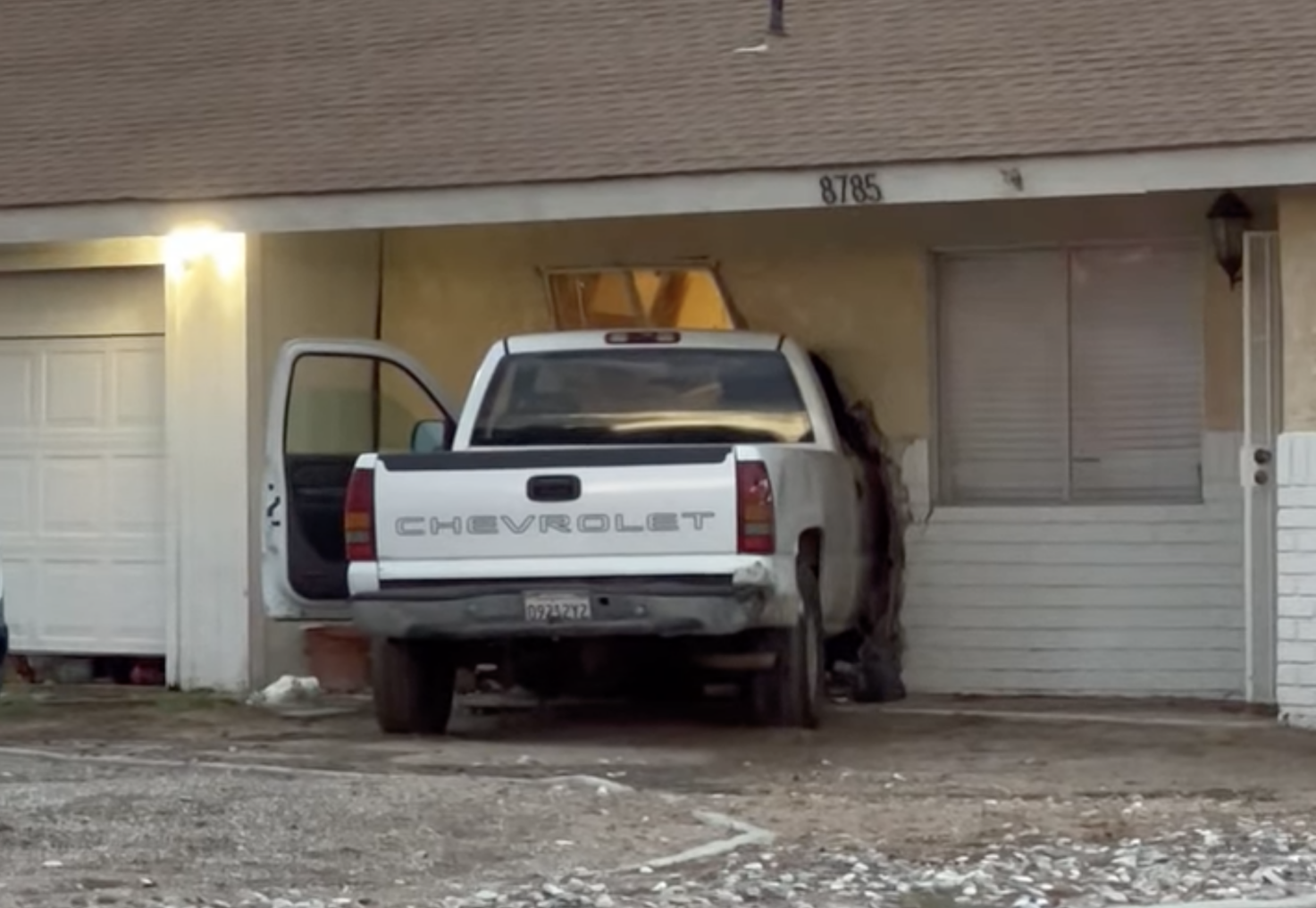 HESPERIA, Calif. (VVNG.com) –Several people were displaced after a pursuit suspect lost control and crashed into a house Monday night in Hesperia.

On Monday, September 12, 2022, at about 6:42 pm, Sergeant R. Rios was patrolling near Madera Avenue and Danbury Avenue when he heard a traffic collision nearby.

Officials said the Sergeant saw a white Chevrolet truck leaving the area at a high rate of speed after hitting a power pole.

The driver of the vehicle, later identified as 23-year-old Rose Ruffin, a resident of Hesperia, continued east on Danbury Avenue and then north on Peach Street at a high rate of speed.

Ruffin eventually ran a stop sign and crashed into an occupied residence on Devon Street. The truck came to rest inside the kitchen of the residence, injuring a resident inside. The victim was treated at the scene.

Ruffin exited the vehicle and fled on foot, leading deputies on a foot pursuit through residential yards before entering an occupied residence and attempting to hide in their bathroom.

After a short standoff while barricaded inside the bathroom, she was arrested without further incident. Her actions put many lives in danger. Rose Ruffin is currently being held at High Desert Detention Center without bail.

The American Red Cross responded to assist three adults and a couple of dogs and cats.

The investigation is ongoing and anyone with information is asked to contact Sgt. M. Rios, at Victor Valley Sheriff’s Station 760-552-6800. Callers can remain anonymous and contact We-Tip at 1-800-78-CRIME (27463) or www.wetip.com.