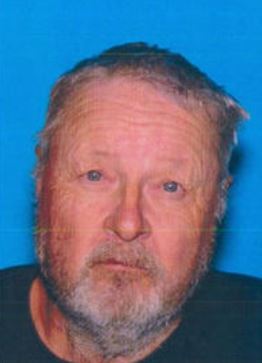 VICTORVILLE:(VVNG.com)- A man who was crossing the street in a wheelchair was struck and killed by a hit-and-run driver in San Bernardino has been identified.

On August 14th the lifeless body of 62-year-old William Earl Swisher III, a Victorville man, laid on the streets on Cajon Boulevard south of Western in San Bernardino.

Swisher’s belongings, including his wheelchair that he used for mobility were strewn across the ground after Swisher was hit by a light-colored work utility truck with a roof rack that after hitting the disabled male then leaving the scene without even stopping to aid the fatally injured man.

Paramedics responded to the scene pronouncing him dead. San Bernardino Coroners department determined the victims identity by fingerprints. An autopsy will be conducted to determine the cause of death. The San Bernardino Police Department is investigating the incident, anyone with information is encouraged to call (909)384-5791.

Victorville Pre-Historic Artifact Display and Sales due to Close