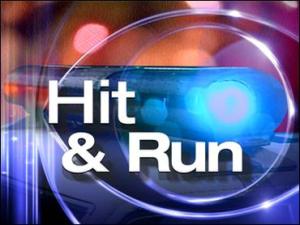 [googlemap src=”” align=”alignright” ]EASTVALE: On Friday, April 25, 2014, at 12:12 A.M., deputies assigned to the city of Eastvale responded to a major injury traffic collision on the west side of the intersection involving a bicycle and a black sedan. The preliminary investigation revealed the black sedan was westbound on Limonite Avenue and collided into a bicyclist, who was southbound on Hamner Avenue in the west crosswalk.

The Eastvale Fire Department and American Medical Response (AMR) responded to the scene and treated the victim. The victim was transported to a regional hospital where he succumbed to his injuries. The victim’s name is being withheld pending notification of the next of kin.

The Eastvale Reconstruction Team responded to the scene and they are actively investigating this felonious hit and run traffic collision. The driver of the black sedan fled the scene westbound Limonite Avenue and was last seen southbound on Scholar Way.

Anyone with information about this investigation is encouraged to call the Deputy Smith at the Jurupa Valley Station at (951) 955-2600.