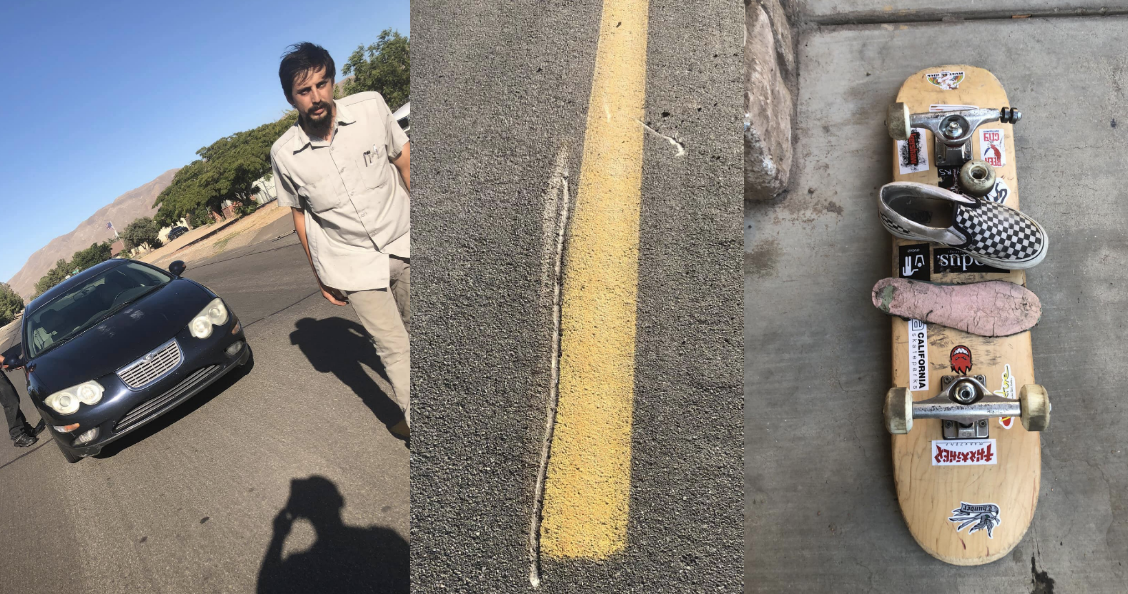 HESPERIA, Calif. (VVNG.com) — Police arrested a man for drunk driving after he struck a skateboarder with his vehicle and left the scene of the accident, officials said.

Sheriff’s spokesman Edgar Moran said deputies responded to the area after receiving reports that a 13-year-old male was struck by a vehicle that took off before deputies arrived.

Moran said the teen was struck by the vehicle as he attempted to cross the road on his skateboard.

“The vehicle struck the juvenile and caused minor road rash to his left side. The driver remained on scene for a bit until he left without exchanging any information,” stated Moran.

The teen’s father, Herman Corona, posted on Victor Valley News Group about the incident and asked for the community to help find the driver who hit his son.

Corona said he and several others attempted to keep the driver and his passenger who were under the influence from driving away. “They hit me with the vehicle and tried to run down my brother and two cousins,” stated Corona.

The driver, Dylan Blaine Landtiser, 27, was found by deputies nearby and detained and arrested.

Landtiser is scheduled for preliminary arraignment inside a Victorville courtroom on August 19, 2019.

Moran said the additional charges were for unrelated warrants and had nothing to do with the hit and run.

The juvenile was taken to a Desert Valley Hospital where he was checked out and released to go home.