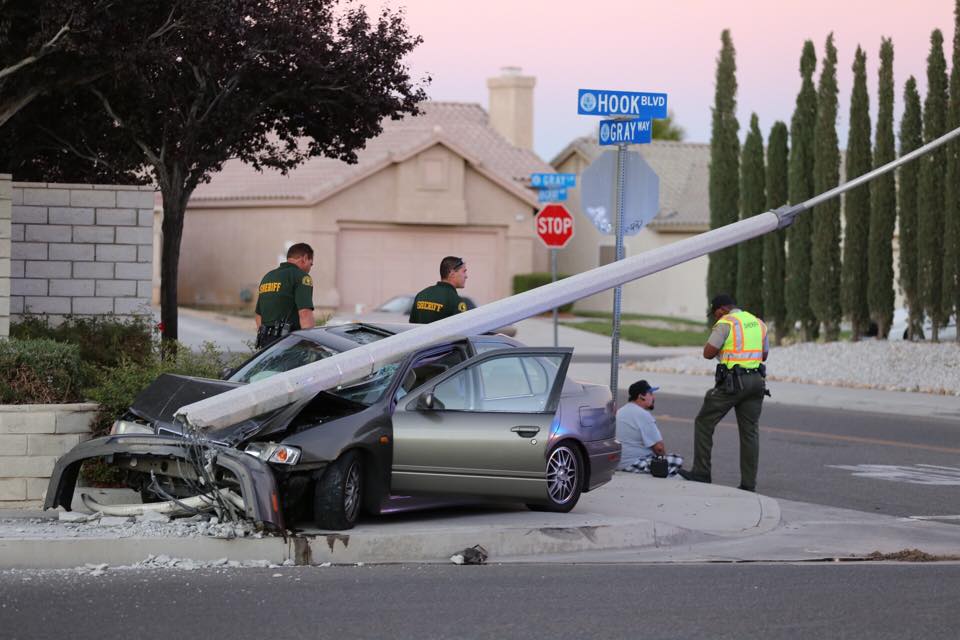 VICTORVILLE – (VVNG.com)- After the 5:50 p.m. Thursday, October 23rd accident originally reported as a single-vehicle collision causing a motorcycle down. Upon arriving on the scene, deputies were made aware there was a second vehicle that had fled the scene.

The motorcyclist sustained minor injuries due to the accident and was treated at a local hospital. The multi-colored 4 door sedan driven by 64-year-old, Jerome Quemada was quickly located after colliding into a light pole after attempting to make a right turn on Hook Boulevard onto Gray Way after he reportedly hit two other parked vehicles.

The hit and run driver sustained no minor injuries and was arrested after failing a sobriety test at the scene. He is being charged with felony driving under the combined influence of alcohol/drugs causing injury, felony hit and run causing injury and a misdemeanor charge of use/under influence of controlled substances.

The 64-year-old man with over 15 alias’ known by the court also had a  previous 2010 drug conviction is expected in court on Monday, October 27th. He is now being held at the West Valley Detention Center on $100,000 bail.