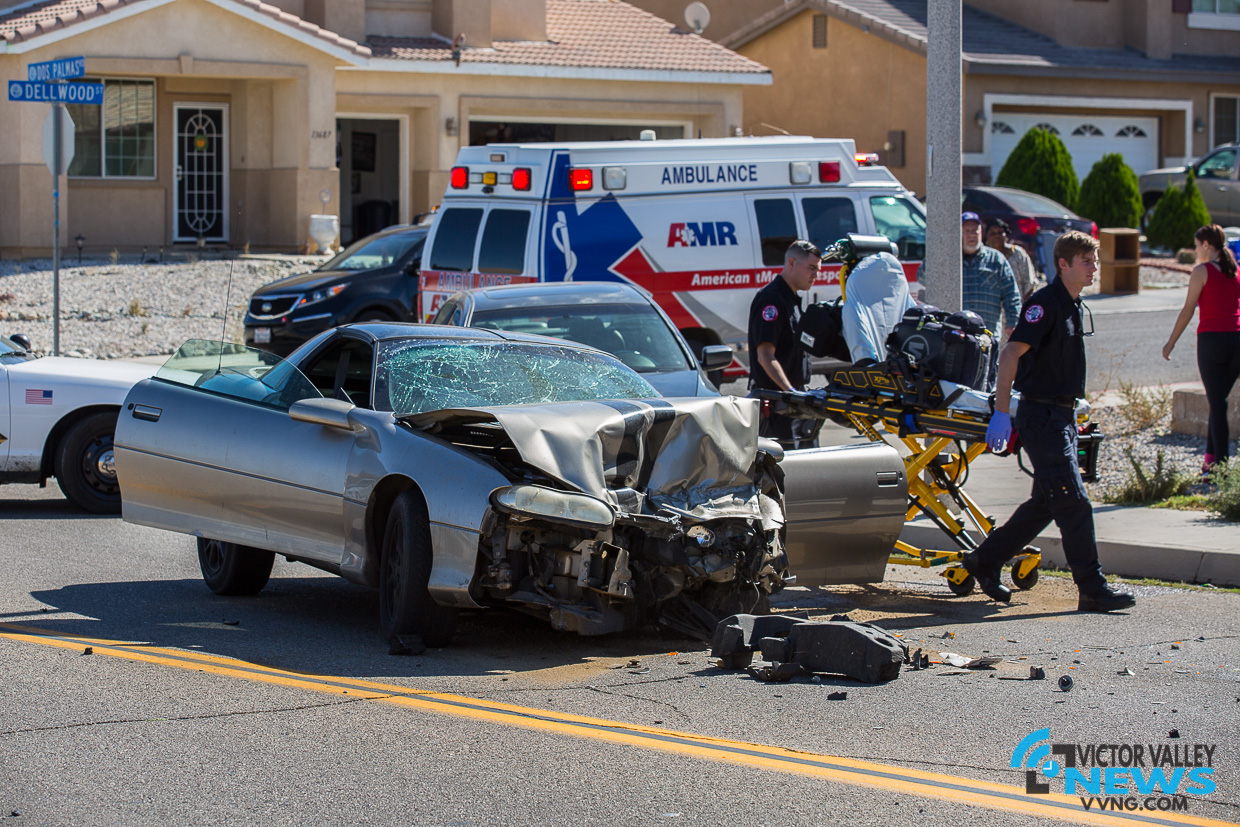 VICTORVILLE, Calif. (VVNG.com) — Local authorities are searching for two suspects after they fled the scene of a hit-and-run crash that left an innocent man injured Friday morning.

It happened at about 11:50 am on Dos Palmas Drive near Dellwood Street in Victorville.

Firefighters and deputies responded to the scene and located a Chevy Camaro and a Nissan pickup truck with front-end damage to both vehicles.

Victor Valley News obtained surveillance that showed the Camaro was heading westbound on Dos Palmas driving in the opposite side of traffic when it crashed head-on with the truck causing it to be pushed back onto the sidewalk.

According to witnesses at the scene, the Camaro involved in the crash was street-racing another Camaro when it crossed into oncoming traffic and crashed head-on with the Nissan truck.

Immediately after the crash, the driver and passenger exited the Camaro and jumped into the second vehicle that was reportedly involved in the illegal street-racing. That vehicle and the suspects fled the scene.

A man that was driving a Honda behind the pickup truck witnessed the crash and stopped to help, but reportedly got back in his vehicle and started chasing the suspects when they fled.

Upon returning to the scene at a high rate of speed, the Honda driver was detained by police after narrowly avoiding crashing into a deputy patrol unit that was blocking the road.

The driver of the pick-up truck was transported to a local hospital for the treatment of non-life threatening injuries.

The suspects that fled the scene were described as two Black male adults wearing red shirts. 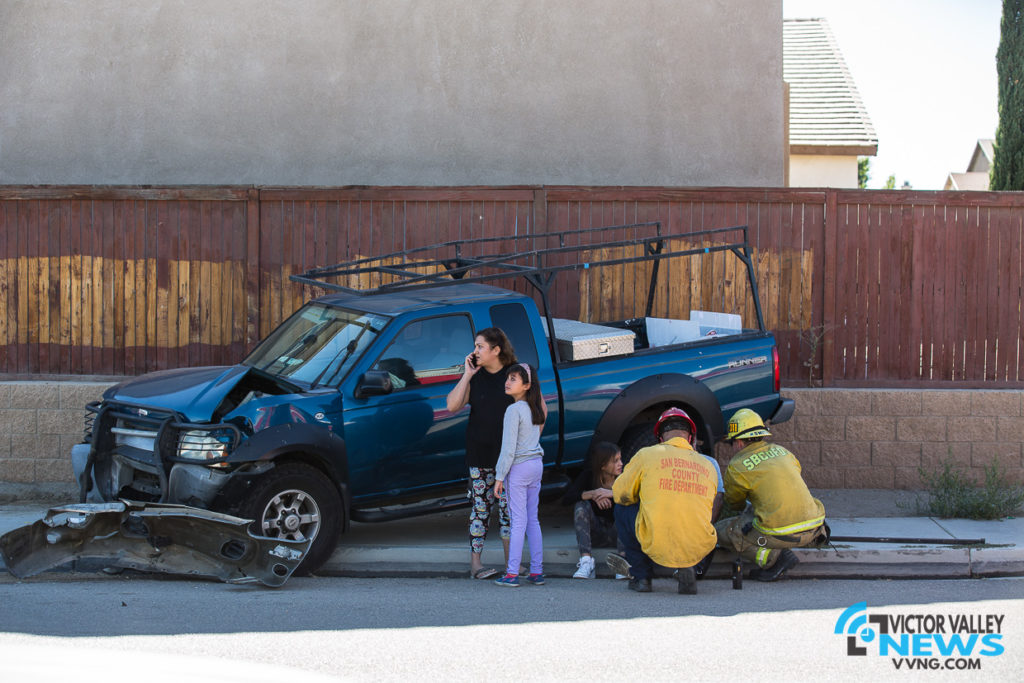 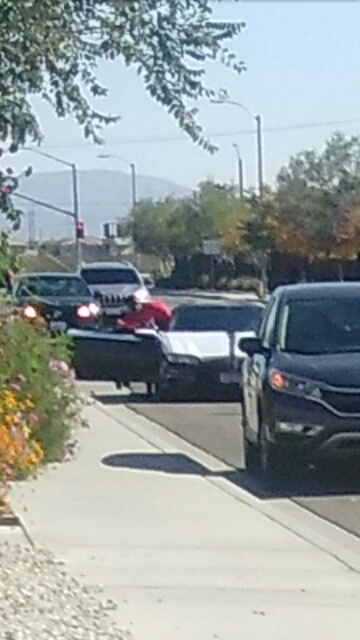 The hit and run suspects jumped into this vehicle and fled the scene.