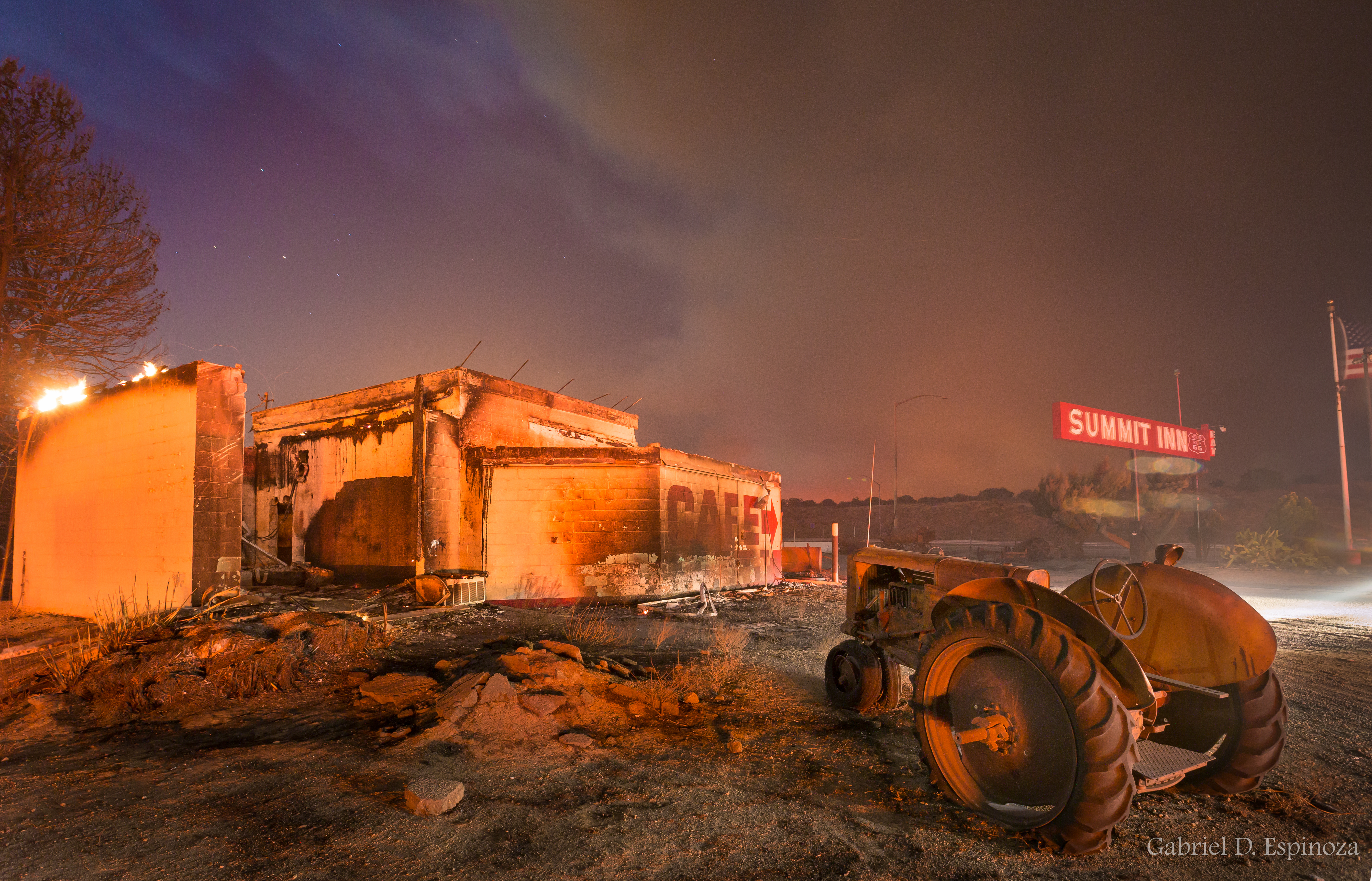 OAK HILLS, CALIF: (VVNG.com) For more than half a century the Summit Inn Cafe served not only the local residents but thousands of people who traveled through the Victor Valley.

Providing the classic American diner experience since 1952, it became a landmark that was visited by many notable celebrities, including Elvis Presley, Clint Eastwood and Pierce Brosnan.

“I went there for years. My dad remembers when it was built. I was inside there once when a car hit the gas pedal instead of the brake and hit the building. So many memories there. My heart goes out to all affected,” commented Phillip Kimmel.

Back in 2014, the restaurant sustained over $200,o00 in damages after an alleged drunk driver drove a stolen mini-van into the diner.

Just days before the cafe went up in flames, the owners replaced a damaged flag after a person posted in Victor Valley News that the flag was in poor condition. With over 73,o0o members in the group, there was bound to be controversial remarks regarding the weather-beaten flag.

The owners responded with the utmost respect and stated on the Summit Inn Cafe Facebook page:

“We apologize for the condition our American flag here at the Summit Inn Restaurant. We tried to take it down a couple weeks ago but the wire cable had broke and was all tangled up inside the top of the pole. Our repairman was here this morning at 6am to repair our pole and cable and we have replaced our flag. The employees and owners of the Summit Inn take pride in America and are proud to display our flag. We appreciate everyone’s concern in this matter.”

“So many hurdles conquered by this Cafe and this destroys it,” said Norma Shearer, “many will feel this one when they drive by tomorrow.”

As of Tuesday night, the fire had burned over 18,000 acres and prompted over 82,000 people in the Victor Valley to be evacuated from their homes. Over a dozen homes were destroyed, and several other homes are expected to be impacted.

Over 700 firefighters were actively battling the blaze, and an estimated 750 more were being brought in to assist, according to the San Bernardino National Forest Service. At this time the fire is 0 percent contained.

The only thing that remained standing from the cafe was a brick fireplace. (Gabriel D. Espinoza, Victor Valley News)