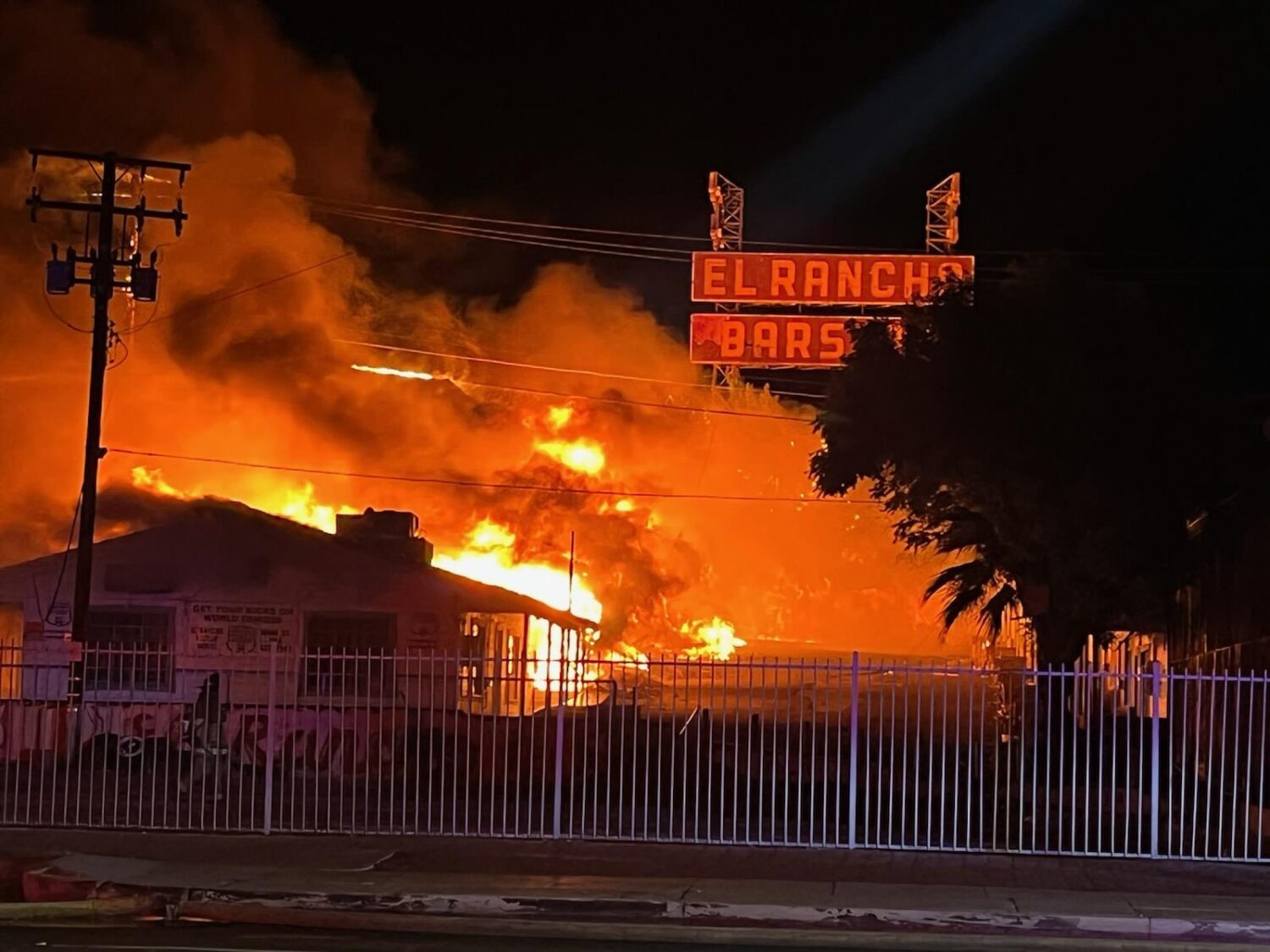 BARSTOW, Calif. (VVNG.com) — A suspicious fire damaged the majority of the rooms at the historic El Rancho Motel Tuesday night in Barstow.

According to a news release, firefighters with the Barstow Fire Protection District arrived at the scene and observed the center portion of the El Rancho Motel engulfed in flames.

Fire department units from MCLB, Ft. Irwin, Apple Valley, Victorville, San Manuel, Highland, Rialto, and Fontana all responded to the scene to assist and fought the fire for approximately three hours before it was under control; members of the Barstow Fire Protection District and San Bernardino County Fire remain on scene at this time.

“Barstow Police detectives and evidence technicians were called to the scene along with detectives from the San Bernardino County Sheriff’s Department Bomb and Arson Detail,” stated Barstow Police Captain Chris Kirby. “Detectives are currently on scene and an initial investigation reveals the cause of the fire to be suspicious in nature.”

Officials said personnel from Southern California Edison (SCE) are currently on scene attempting to restore power to several businesses that lost power due to poles and wires that were burned in the incident.

According to a news release, “the building was previously Red Tagged over 1 month ago due to unsafe hazardous conditions and deemed uninhabitable.”

Main Street will continue to remain closed for several hours throughout the day and the Barstow Police Department would like to ask residents for their cooperation in staying clear of the area for their own personal safety and to allow all personnel to process the scene in a timely manner.

Anyone with information regarding this fire investigation may contact Detective Austyn Willis at (760) 255-5186 or at awillis@barstowca.org.

A website called CalifoirniatoChicago.com wrote an article about the historic motel that was built in 1944 and built completely with roadties from the Tonopah and Tidewater Railroad.