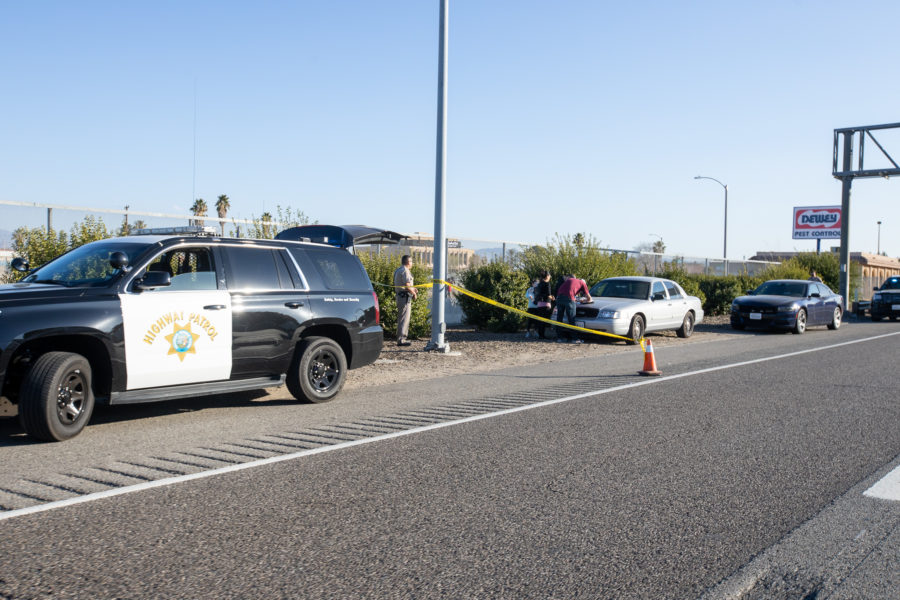 VICTORVILLE, Calif. (VVNG.com) — Highway violence on the northbound I-15 freeway ended with a car to car shooting in Victorville, the California Highway Patrol confirmed.

At about 12:32 pm., on Wednesday, February 19, 2020, CHP dispatch received reports of a person brandishing a firearm on the I-15, near Roy Rogers Drive involving a silver Toyota Tacoma and a black Chevy Silverado, officials said.

CHP Officer Mike Mumford told VVNG the brandishing was a result of a highway violence incident which resulted in a freeway shooting.

Both parties came to a stop on the east shoulder of the freeway and both parties called 911. Mumford stated no injuries were sustained during the incident.

According to Mumford, there were two children and two adults in one vehicle and a solo female occupant in the other vehicle.

“No arrests have been made as the incident is still fresh and the investigation is still ongoing,” stated Mumford.

Both parties are being interviewed and the vehicles are being held as evidentiary purposes.

The NB I-15 Palmdale Road on-ramp was temporarily blocked as officers from Victorville CHP as well as the Investigative Services Unit from CHP Inland Division conducted the investigation.

Related Topics:15 freewayShootingvictorville
Up Next

Woman pushed to the ground during purse snatching, 14 and 18-year-old arrested