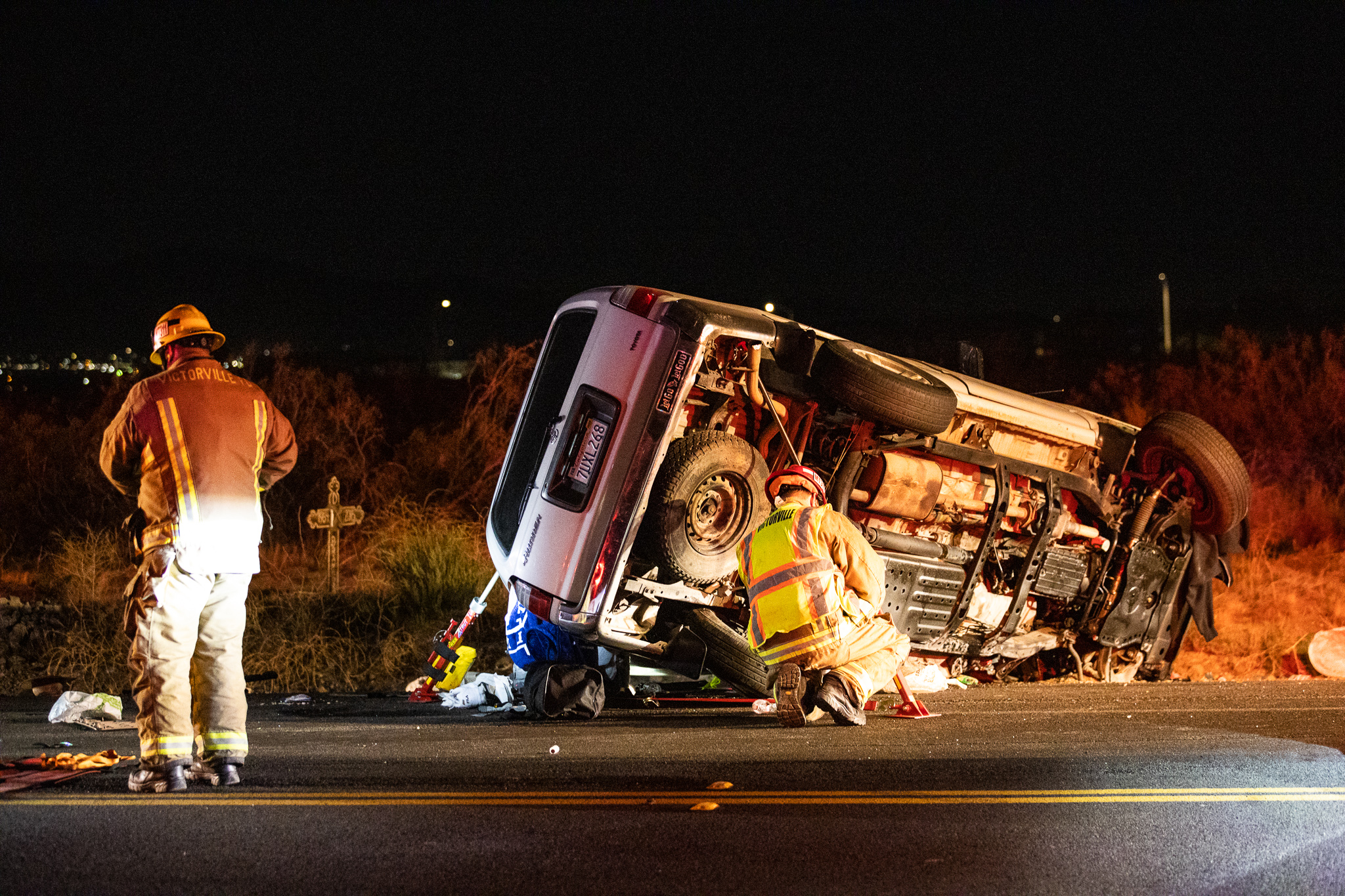 VICTORVILLE, Calif. (VVNG.com) — Highway 395 in Victorville has reopened after an early morning crash prompted officials to shut it down in both directions Friday.

For reasons still unknown, a 1991 Toyota 4Runner and a Honda sedan collided on the two-lane highway, causing the 4Runner to roll over several times before coming to a stop.

Victorville City Firefighters responded to the call and located one occupant trapped inside the 4Runner. Firefighters used the jaws of life to extricate the driver.

A medical helicopter was requested to airlift the driver to a trauma center. Helicopter Reach 325 landed at nearby Mesa Linda Park and subsequently transported the patient to Arrowhead Regional Medical Center with unknown injuries.

Highway 395 was closed in both directions for approximately two hours as they worked to clear the roadway.